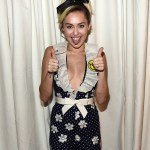 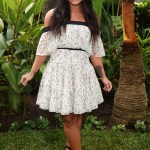 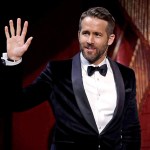 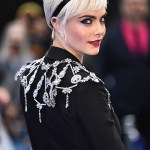 Stars are just like us — even in the not so fun ways. When it comes to mental illness, anyone can be affected and celebs like Miley Cyrus, Demi Lovato and Cara Delevingne have all opened up about their personal struggles!

Mental illness is something that few people want to talk about, but that many people suffer from — including our favorite stars. As of 2014, 18.2 percent of the total adult population in the U.S. suffer from some form of mental illness — including depression, bipolar disorder or schizophrenia — but nowhere near that many people are open to discussing their problems. However, some stars who struggle with their mental health have realized that by talking about their illness, not only will they help themselves, but millions of fans who could be dealing with the same thing. Here are 15 celebrities who deal with mental illness and the amazing things they have to say about their journeys.

1. Miley Cyrus, 24 — Depression. “[My fans] know that I’ve struggled with depression, and that helped them get over theirs,” Miley told Elle. “That gives me a big purpose – a reason to wake up in the morning that’s bigger than to put on my f** king feathers and my little outfits.”

3. Adam Levine, 38 — Attention-deficit/hyperactivity disorder (ADHD). “As a young adult and adult, I continued having difficulty in the studio as I was trying to write new songs and focus on completing my work,” the Voice coach told VeryWell.com. “On the first album, I remember very distinctly being stuck and not being able to focus. And I had 30 ideas floating through my mind and just couldn’t document them.” “I went back to the doctor to discuss my symptoms and learned that I still had ADHD and that it could affect me as a young adult or adult,” Adam said. “Once I knew that I still had ADHD, I was able to work with my doctor to help manage my symptoms. What is surprising to many people is that ADHD is not just a childhood disorder – it also affects an estimated 10 million adults in the US.

4. Catherine Zeta-Jones, 47 — Bipolar disorder. “I’m not the kind of person who likes to shout out my personal issues from the rooftops but, with my bipolar becoming public, I hope fellow sufferers will know it is completely controllable,” Catherine told InStyle. “I hope I can help remove any stigma attached to it, and that those who don’t have it under control will seek help with all that is available to treat it.”

5. Michael Phelps, 32 — ADHD. “Growing up, I was someone who was constantly bouncing off the walls — I could never sit still,” Michael told People. “I think the biggest thing for me, once I found that it was okay to talk to someone and seek help, I think that’s something that has changed my life forever,” he says. “Now I’m able to live life to its fullest.”

6. Howie Mandel, 61 — Obsessive compulsive disorder (OCD). “You know, in the middle of a workday, wherever you work in America, if you got up and say, ‘I’m gonna go see my dentist,’ nobody would even flinch,” Howie told 20/20. “But if you got up in the middle of the day and said, ‘You know what, I gotta go, I’m having a little issue. I’ve gotta go to my psychiatrist. I’ll be back in an hour.’ I think that people would — ‘Did he just say he’s going to the psychiatrist?’ …There’s a stigma.”

7. Ryan Reynolds, 40 — Anxiety. “I never, ever slept [while working on Deadpool],” Ryan told Variety. “Or I was sleeping at a perfect right angle – just sitting straight, constantly working at the same time… By the time we were in post [production], we’d been to Comic-Con, and people went crazy for it. The expectations were eating me alive.” Ryan confessed his wife Blake Lively, “helped me through that. I’m lucky to have her around just to keep me sane.”

8. Carrie Fisher, died at 60 — Bipolar disorder. “You don’t have to like doing a lot of what you do, you just have to do it,” the late actress wrote to a fan in her column for The Guardian. “You can let it all fall down and feel defeated and hopeless and that you’re done. But you reached out to me – that took courage. Now build on that. Move through those feelings and meet me on the other side. As your bipolar sister, I’ll be watching,” she wrote. “Now get out there and show me and you what you can do.”

9. Cara Delevingne, 24 — Depression. “I think I pushed myself so far that I got to the point where I had a mental breakdown… I was completely suicidal,” Cara said at 2015 Women In The World Summit. “I didn’t want to live any more. I thought that I was completely alone. I also realized how lucky I was, and what a wonderful family and wonderful friends I had, but that didn’t matter. I wanted the world to swallow me up, and nothing seemed better to me than death.”

10. Lady Gaga, 31 — PTSD. “I suffer from a mental illness; I suffer from PTSD,” told Today. “I’ve never told anyone that before, so here we are. But the kindness that’s been shown to me, by doctors as well as my family and my friends, it’s really saved my life. I’ve been searching for ways to heal myself and I found that kindness is the best way. One way to help people that have trauma is to inject them with as many positive thoughts as possible. It’s priceless.”

11. Jared Padalecki, 35 — Depression. “[The depression diagnosis] kind of hit me like a sack of bricks,” Jared told Variety. “I mean, I was 25 years old. I had my own TV show. I had dogs that I loved and tons of friends, and I was getting adoration from fans and I was happy with my work, but I couldn’t figure out what it was; it doesn’t always make sense is my point. It’s not just people who can’t find a job or can’t fit in in society that struggle with depression sometimes.”

12. Ellie Goulding, 30 — Anxiety. “I was skeptical [about having cognitive behavioral therapy] at first because I’d never had therapy, but not being able to leave the house [because of panic attacks] was so debilitating,” Ellie told Flare. “And this was when my career was really taking off… My surroundings would trigger a panic attack, so I couldn’t go to the studio unless I was lying down in the car with a pillow over my face. I used to beat myself up about it. There were a couple of times after I released Delirium when I was doing promo and thought, “Oh god, it’s coming back, it’s coming back,” but it didn’t. I think my body has become quite good at controlling anxiety.”

13. Brittany Snow, 31 — Depression and eating disorder. “Finally I went into the hospital when I was 19 for depression and for cutting,” Brittany told People. “I wasn’t the person I wanted to be and I knew something was wrong. The therapist diagnosed me with anorexia, exercise bulimia — instead of throwing up you go to the gym for hours — depression and body dysmorphia.’

14. Hayden Panettiere, 27 — Postnatal depression.“There’s a lot of misunderstanding — there’s a lot of people out there that think that [postnatal depression] is not real, that it’s not true, that it’s something that’s made up in their minds, that ‘Oh, it’s hormones,'” Hayden said on Live! with Kelly and Michael. “They brush it off. It’s something that’s completely uncontrollable. It’s really painful and it’s really scary, and women need a lot of support.”

15. Jon Hamm, 46 — Depression. “Honestly? Antidepressants help!” Jon told The Guardian. “If you can change your brain chemistry enough to think: ‘I want to get up in the morning; I don’t want to sleep until four in the afternoon. I want to get up and go do my s**t and go to work.’ Reset the auto-meter, kick start the engine!”

HollywoodLifers, what do you think of these amazing stars’ reactions to confronting mental illness? Let us know below!