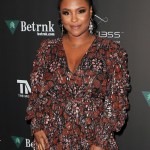 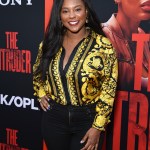 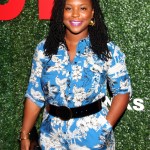 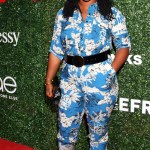 Just call her the beauty queen! Torrei Hart launched her very first hair-care line and she made it a family affair! The actress named the collection, ‘Heavenly Hart’ after her daughter, Heaven! Here’s everything you should know!

Torrei Hart, 39, is a talented actress, producer, entrepreneur, and mother; And, now, she can add beauty expert to her growing resume! Torrei just celebrated the launch of her very first, natural hair-care line, Heavenly Hart, which was named after and inspired by her daughter! The mother of two — Heaven, 12, and Hendrix, 9 — partnered and worked closely with Nzuri, to create products for both hair loss and growth. Torrei launched her hair-care brand last week with seven new products: Heavenly Hydrating Vitamin Shampoo and Conditioner, 12-in-1 Leave In conditioner and Detangler, Heavenly Hydration Moisturizing Cream, Medicated Scalp Therapy & Hair Growth Fertilizer, Crazy Hair Growth Serum, and Avocado & aloe 4-in-1 Curl Explosion Souffle.

With Heavenly Hart, Torrei hopes to empower women to love themselves and embrace their natural hair, which she believes is “sexy.” As for Torrei’s muse? — Her daughter. “My new haircare line Heavenly Hart was inspired by and named after my daughter. Heaven is her first name, her middle name is Leigh and then, of course, Hart,” she told Essence. “So, it actually came from her. With me being a mom and having a daughter, who’s not only a black daughter, but she’s a chocolate girl, too. I want her to feel empowered and have that sense of, ‘This is who God made me. I am beautiful no matter what’… I don’t think it’s hit her yet because I told her, ‘This is a legacy for you. I’m creating this for you. This is inspired by you, honey.’ It’s just like this has all been in the making now since she was born.”

Love yourself enough to use the best products on your hair. ➡️Click link in my bio ⬅️ All natural ingredients. 💓🖤💓🖤💓🖤 . . . #heavenlyharthair #naturalhair #naturalgirls #beautyblogger #beauty #hair #hairstyles

Although Torrei’s always been her own talent, she’s come a long way since tumultuous split with comedian and actor, Kevin Hart, 38. The college sweethearts divorced after eight years of marriage in 2011. But, Torrei never let the debris from her past relationship cloud her vision on the road to success. To this day, the savvy businesswoman and Hollywood star continues to thrive. And, it has certainly showed with her latest collaboration — Heavenly Hart. Congratulations, Torrei!