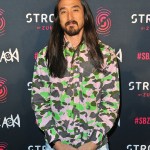 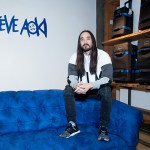 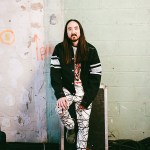 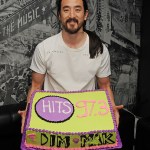 Steve Aoki is the king of collaborations, and you’ll want to know all about the unexpected way that Louis Tomlinson tracked him down to work on ‘Just Hold On!’ Plus, WATCH Steve’s new video with 2 Chainz.

This interview with Steve Aoki has been edited and condensed for clarity. You can watch the video for “Without U,” which dropped today, June 28, above!

What’s going on in the video for “Without U”?

“Without U” is a scene inside the “Dim Mak Manor.” The Dim Mak Manor is this insane fantasy house or mansion, and each room has its own vibe and own video. So we’re shooting nine videos, for every song on the album.

I know you’re on the set of “Night Call” now. What can we expect from that video?

In the “Night Call” room, it’s an exclusive club and the only people invited are Migos, Lil Yachty and myself.

[Laughs] Very exclusive. We’re just chilling in this room and vibing out.

How did that song come together?

I wrote the beat and went to Migos’ studio, and we tracked the vocals. There was one idea that Quavo loved, and he got in the zone and did his thing, getting a flow going. He jumped in there and spit his bars out. Then Lil Yachty came at like 3 in the morning, just strolled in nonchalantly, and I was like, “Holy shit, man, what’s up? I need you in the song.” He was just there to do his own thing, and I pulled him in. When he heard the song he loved it and dropped in the booth.

Taking it back a little, what was it like working with Louis Tomlinson for his post-One Direction debut?

I was playing a show in Vegas, and he came out to the show. I didn’t even know he was there until I saw a barrage of tweets from One Direction fans saying, “Louis Tomlinson’s following Steve Aoki on Twitter!” and it was like a big deal. They shouted that out and I heard he was at the show, then we started talking over the DM…

You slid into Louis Tomlinson’s DMs?

Yeah! Then we got into a studio pretty quickly after. We ended up starting a song from scratch, and we collaborated from A to Z. It was incredible working from him — it’s one of my favorite collaborations.

Anyone left on the collaboration wishlist? Where are the women?!

So many people! You don’t even know what’s coming. I’ve been working on two albums, actually — Kolony, and Neon Future III. So Neon Future III, the entire album is led by women. I have a masculine, hip-hop album with Kolony, and you have to balance it out!

What’s your favorite flavor of cake?

Nice, colorful, creamy texture. I need that color, bright colors all over the frosting.

So it’s less about the flavor…

Yeah, it’s all about consistency and how it’s going to look on someone’s face, most importantly.

Episode 3 of #AOKISWORLD is out now on my YouTube channel!! Got a ton of behind the scenes with my bro @louist91. Let me know what you think in the comments! 🔗 in bio.

When you’re touring all over the world, what do you look for in each place to keep you grounded?

It’s the ability to sleep in any position, anywhere possible.

Anything else in the pipeline?

I have eight new songs coming [with Kolony] and each one is a single to me because there’s so much personality in each one. I’m really excited for everyone to hear them!