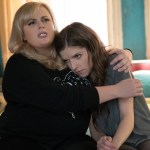 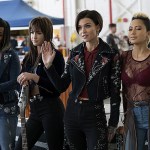 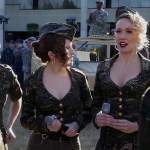 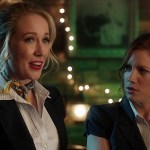 We don’t know much about ‘Pitch Perfect 3,’ but the more we hear, the more excited we get! HollywoodLife.com spoke exclusively with John Lithgow who teased his role — and admitted he almost passed on the movie.

“I didn’t know how to handle the job offer when it came in. I hadn’t seen the Pitch Perfect movies, and I didn’t even know who Rebel Wilson was. I don’t know anything,” John Lithgow told HollywoodLife.com exclusively in a recent interview. “It was very hard to squeeze it into my schedule so I told my agent, ‘Lets not even try for this.’ He said ‘Okay, but just watch Pitch Perfect 2, so you know what you’re turning down.”

John, 71, then revealed that as soon as he saw Rebel as Fat Amy, he recognized her and couldn’t stop laughing at the movie. “I called [my agent] and said, ‘Get me back in this! I want to do this,'” he said, adding he immediately started doing an Australian accent and saying, “I want to be close to my daughter!”

“It started really appealing to me,” he said of the part that combines his love for theater with his passion for film, and gave him the ability to do two things he loves: sing and dance. And yes, he does both in the film. Of course John is extremely busy so it’s a treat to know he decided to do the film. “I like to dart around. For me, the taproot is theater,” he said about doing TV, film, and stage work. “The first ten years of my career was almost exclusively New York theater. Whatever I bring to movies, and particularly sitcom TV, is theatrics.”

John recently starred in the dark comedy, Beatriz at Dinner and just finished filming Daddy’s Home 2. He also is starring in Trial & Error on NBC which just was picked up for a season two, set to air in the fall.

That’s a wrap, pitches! 😘 Get ready for a special announcement on Monday! #PitchPerfect3 pic.twitter.com/8B3ChHeH60

HollywoodLifers, are you excited to see John in Pitch Perfect 3? We did get a brief glimpse of John in the first teaser video for the third film, and you can watch that above.