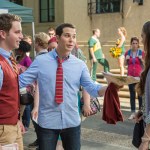 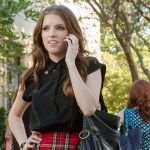 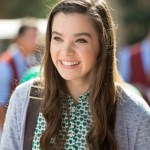 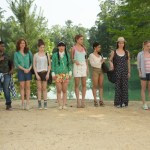 Squad goals! Anna Kendrick, Rebel Wilson and more ‘Pitch Perfect 3’ stars teamed up for the first cast photo on Jan. 5, treating fans to an adorable bonding moment between the co-stars. Check out the epic snapshot!

This is aca-awesome! The superstar cast of Pitch Perfect 3 teamed up for a seriously epic photo opportunity on Jan. 5, sending fans into a total frenzy! Anna Kendrick, 31, who portrays Beca in the sing-along franchise, shared a heartwarming snap featuring herself and the original Barden Bellas,

Noticeably missing was one of the newer Bellas, Hailee Steinfeld, however the singer is busy prepping for the Golden Globes on Sunday, January 8. She’s nominated for her latest film, The Edge of Seventeen and we are totally rooting for her!

Although he was a part of the first two films, sadly Skylar Astin, 29, has confirmed that he won’t be in the third. “The Trebles and I won’t be in the third Pitch Perfect movie. They seem to be taking the story in a different direction,” he tweeted, much to the dismay of longtime fans. It’s still unclear if the other guys from the film, Ben Platt and Adam DeVine, will be in the film or not.

Pitch Perfect 3 is set for release Dec. 22, 2017, so fans are already counting down the days until it hits theaters!

HollywoodLifers, are YOU beyond excited to check out Pitch Perfect 3? Let us know!