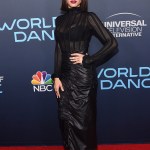 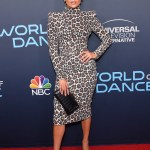 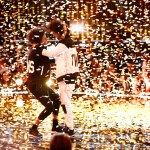 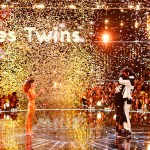 If you haven’t tuned in on Tuesday nights to NBC’s new hit show ‘World of Dance,’ you need to start now. The dancers are breathtakingly talented and the judges get as emotional as their contestants!

Dancing should be an Olympic sport. The enthusiastic hopefuls who compete on NBC’s new World of Dance summer show are every bit as athletic perfectionists as the Olympians who compete in gymnastics, track and field, synchronized swimming and more. There’s no doubt that the World of Dance contestants train, train, train for years to perform the soulful routines that dazzle judges Jennifer Lopez, Derek Hough and Ne-Yo each week. And soulful, they are. What is extraordinarily clear is that the World of Dance contestants are using their bodies in the most artful expressions of emotional storytelling. They are literally telling stories using their bodies in dance.

For French twin brothers, hotties Laurent and Larry, their enthralling hip hop routine was a tale about a heartrending romantic breakup endured by one of the brothers, who admits that he’s still hurting. For 22-year-old street dancer Fik-Shun, his passionate performance expressed his agony at being torn between divorced parents who lived 1,000 miles apart. For jaw-droppingly flexible dancer Nick Daniels, his emotional modern dance was an expression of love for his devoted father who succumbed to cancer three years ago. Dance may be a competition on World of Dance, with a $1 million prize, but it is an endlessly expressive art form. As judge Derek Hough told HollywoodLife.com EXCLUSIVELY in a recent interview, “Motion equals emotion. If you look at a baby, they’re sitting down and before they walk, they’re bobbing their heads. They’re movin’ and groovin’! It’s in our DNA.”

In other words, we’re all born to dance. Hough, himself, fell in love with dance when he was just about 10 years old when he got dragged along to dance lessons by his four sisters (including DWTS judge Julianne Hough!) “I fell in love with it. I love music… being around music constantly all day, it just fuels you. It feeds your soul… it just makes you FEEL.” He’s so right. When you watch World of Dance you will be overwhelmed with feeling just like Derek, J.Lo and Ne-Yo who often break down in tears while watching the earnest performances.

World of Dance proves that dance is every bit as expressive and emotional an art form as singing or performing music. And, every bit as deserving of celebration. In a time when monetarily-strapped school boards are cutting arts programs across the country and Donald Trump is threatening to totally defund the National Endowment of Arts, it’s wonderful that World of Dance is showing millions and millions of Americans how mesmerizing and essential dance is!

Do you agree, HollywoodLifers? Let me know! Tune in to World of Dance every Tuesday at 10 PM ET on NBC!