While Kourtney’s away, Scott will play! Scott Disick, 34, was photographed going to lunch at Nobu in Malibu with two of his Cannes women on June 9. Chloe Bartoli, 26, and Sofia Richie, 18, joined Scott on the outing, and Sofia even walked in arm-in-arm with the reality star. We’re sure Kourtney Kardashian, 38, is NOT going to be happy about it, considering the fact that Scott cheated on Kourt with Chloe two years earlier, and was pictured kissing and grabbing her butt at the French film festival. Yikes! Click through the gallery above for more pics of the 3-way date.

Meanwhile, Kourtney is out of town with her children. She’s celebrating family and helping Khloe Kardashian, 32, cheer on the Cleveland Cavaliers at Game 4 of the NBA Finals in Ohio. Her kids Mason, 7, and Penelope, 4, were by her side while she screamed from the sidelines for Tristan Thompson. Hopefully Kourtney doesn’t let the new pictures of Scott’s date ruin her fun time! However, it’s still probably hurtful knowing that Scott is continuing his rowdy and womanizing behavior even after coming back from his wild trip.

Just one day earlier, Sofia was caught FaceTiming with Scott. Perhaps they were planning their rendezvous for June 9! However, Sofia insists that she and Scott are just friends. “Just so everyone can get their panties out of their a**es, Scott and I are just homies #relax,” she wrote. Perhaps that’s because he’s romantically involved with Chloe, who he’s been spotted kissing multiple times over the last 2 years. 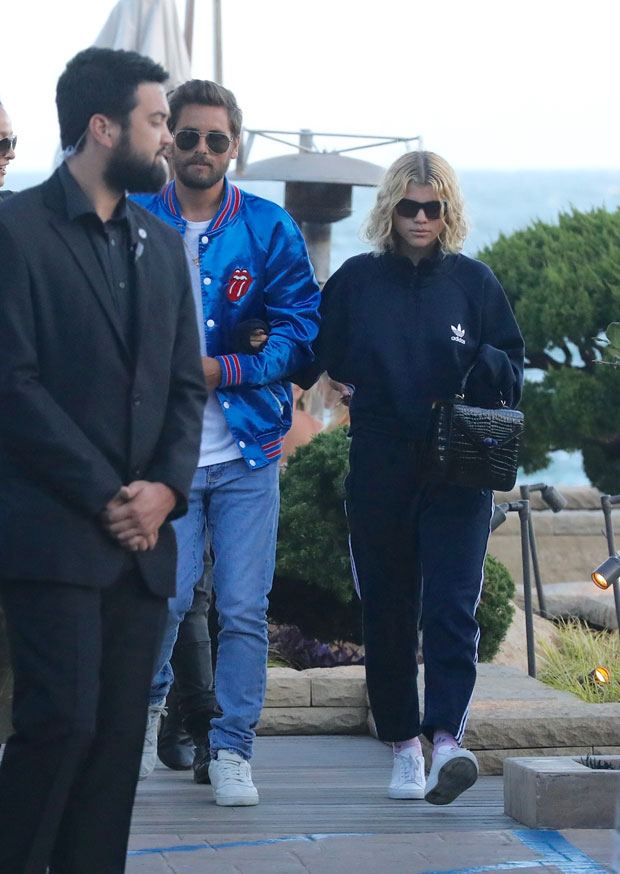 HollywoodLifers, do you think that Scott is dating Chloe or Sofia? Let us know!