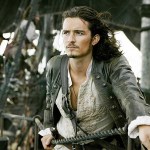 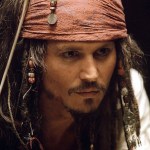 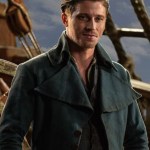 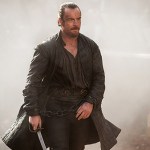 ‘Pirates Of The Caribbean 5’ has arrived in theaters and we’ve totally got pirates on the brain! In honor of Johnny Depp’s Captain Jack Sparrow sailing back onto screens, we’ve rounded up the hottest scalawags you have to see!

Pirates Of The Caribbean: Dead Men Tell No Tales just blew into theaters in time for Memorial Day weekend and we have not been able to get enough pirates! Captain Jack Sparrow came back into our lives and we’re in love all over again. We had to gather up some more sexy pirates from movies and TV to celebrate! Obviously Johnny Depp’s, 53, Captain Jack had to get a spot at the top of our list because he’s the absolute best.

Orlando Bloom, 40, obviously steamed up the screen as Will Turner in the first three Pirates Of The Caribbean. He made his long awaited return in the new movie. He had us swooning over that pirate-y goatee and swashbuckling hair. Did you know that Jason Momoa, 37, who won our hearts as Khal Drogo on Game Of Thrones played a pirate on Drunk History? He absolutely had us cracking up as real-life pirate Jean Lafitte on the Comedy Central series.

Carey Eweles, 54, has to be one of the classic pirates in movies as the Dread Pirates Roberts in The Princess Bride. You might remember his all-black pirate ensemble was just a disguise because he was actually Wesley returned to save his beloved Buttercup in one of the sweetest love stories of all time! Of course you’ve got to love Colin O’Donoghue, 36, as Captain Hook in Once Upon A Time. We were all about the leather outfit! We obviously had to throw some characters in from Black Sails! Toby Stephens, 48, and Zach McGowan, 36, as James Flint and Charles Vane were the absolute coolest.

HollywoodLifers, which pirate do you think is the hottest? Tell us your thoughts in the comments below!