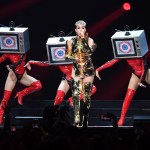 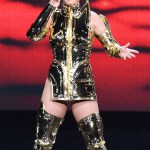 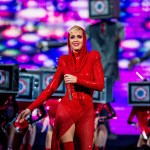 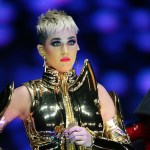 Katy Perry could have a new man in her life, according to an exciting new report! Is the ‘Firework’ singer off the market and seeing Migos member Takeoff?

Orlando Bloom, 40, who? Katy Perry reportedly has started dating rapper Takeoff, 21! The 32 year-old “Swish Swish” singer and Migos member who’s real name is Kirshnik Bal have reportedly been seeing each, according to MTO News. The couple reportedly went to the Saturday Night Live afterparty together following Katy’s incredible performance on the show’s May 20th season finale. Katy and Takeoff apparently hit it off when they met to record their collab “Bon Apetit.”

Katy has been linked to a few different guys over the past year after she split up with Orlando. She was reportedly even seen flirting with Ryan Phillippe, 42, at Sir Elton John’s 70th birthday party in March. “Katy Perry and Ryan Phillippe were totally flirting at Elton John’s birthday party! They were seated at separate tables but he made his way over to her and sat down next to her,” an eyewitness told HollywoodLife.com. “She was totally giggling and at one point he had his hand on her knee. Then he took off but came back late with for more flirting!”

Ryan totally shut down any rumors that he was into Katy. ““I AM NOT DATING KATY PERRY. BARELY KNOW HER. PLEASE STOP FLYING HELICOPTERS OVER MY HOUSE. SHE IS NOT HERE,” he tweeted after the party. Katy made the whole situation and joked and laughed it off with some Twitter posts of her own. “Can you let me out of the basement please?” she tweeted at Ryan and added, “Hi, nice to meet you, sorry bout that @RyanPhillippe carry on, lol.” Could Takeoff be the one for Katy?

HollywoodLifers, do you think Katy and Takeoff would make a good couple? Tell us your thoughts in the comments below!