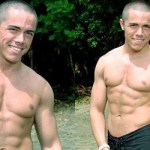 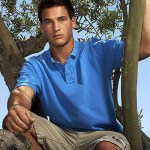 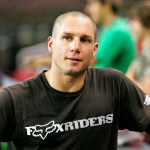 There are far too many MTV stars who were taken from us way too soon. Christopher ‘Big Black’ Boykin is the latest former reality star from the network to tragically pass, and as we mourn his death, we’re remembering the others who died too young.

Christopher ‘Big Black’ Boykin was just 45 years old when he died of a heart attack on May 9. The lovable reality star/musician appeared on Rob & Big with Rob Dyrdek from 2006-2008, and viewers fell in love with him. Sadly, he is not the first former MTV star to be taken before his time.

Fans of MTV’s The Challenge will always remember Diem Brown as an inspiration during her years on the show. She came clean about her diagnosis with ovarian cancer on her first season, Fresh Meat, and had viewers in tears when she took off her wig to reveal a shaved head on The Duel. Although Diem was in remission for six years, her disease came back in 2012, then again in 2014. She tragically died after a hard-fought battle in Nov. 2014.

Just two weeks later, another Challenge favorite, Ryan Knight, was found dead after an accidental drug overdose. Ryan also appeared on The Real World: New Orleans. Obviously, Diem and Knight’s fellow castmates were totally devastated after their deaths, and the late stars continue to be a presence on the show. Click through the gallery above to help us honor and remember more MTV stars who were taken from us far too soon.

HollywoodLifers, leave your thoughts for the loved ones of these MTV stars in the comments section below.