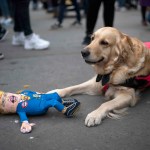 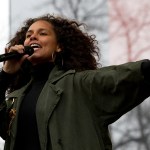 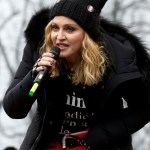 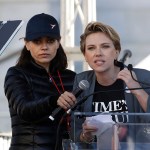 As Republicans in Congress work overtime to try and defund Planned Parenthood, there’s no better moment for the Kardashians to step up and show support for Planned Parenthood on KUWTK, and that’s exactly what they just did.

Thank you, Kim, Khloe and Kourtney Kardashian for very publicly pulling up to Planned Parenthood’s LA headquarters on May 11, and walking inside, hand-in-hand, while being filmed for the Keeping Up With The Kardashians show. The trio were filming an episode for their hit series, according to TMZ, and they were there to talk to PP’s LA directors about how they could help the non-profit organization, which provides essential health services to millions of American women. Donald Trump, Vice President Mike Pence, and the House of Representative Republicans are waging a full-scale war defunding war against Planned Parenthood. If they are successful, at least 2.5 million people, mostly women, will lose their access to birth control, preventative breast and cervical cancer screenings, as well as testing and treatment for STDs.

That’s why it’s great that the high-profile Kardashian sisters will be sharing their support for the organization with their KUWTK viewers. Khloe and Kourtney both tweeted after their visit. “So great to meet the amazing doctors and nurses @PPFA in Los Angeles. Proud to #StandWithPP #PlannedParenthood,” wrote Khloe. “They help so many men and women,” tweeted Kourtney. Celebrities have never been as politically vocal as they have been in the recent election — with most supporting Hillary for president — and now in its aftermath. As the new administration attacks funding for women’s health care services, strip protections away from  LGBTQ people and the environment and proposes to defund the National Endowment for The Arts, celebrities are using their bully pulpits to fight back and HollywoodLife applauds them.

Tina Knowles, 63, revealed to us that she was horrified that Donald Trump wants to stop all federal funding of the National Endowment for the Arts. “Oh my goodness, [the arts] are so important,” she told HollywoodLife.com EXCLUSIVELY. “My kids went to a community center and they got to express themselves. Look what came out of that, so you never know when you have the next person or the next president, whatever, coming out in places.”

And, of course, let’s not forget how Jimmy Kimmel, 49, used his late night talk show, Jimmy Kimmel Live! on May 1 to tearfully plead with Congress to make sure that all Americans, regardless of income, have healthcare. “If your baby is going to die, it shouldn’t matter how much money you make,” he pointed out. “I think that’s something, that whether you’re a Republican or a Democrat, we can all agree on, right?” Jimmy sadly acknowledged days later that Donald Trump and Republicans in the House ignored his entreaty when they passed a bill to repeal and replace Obamacare which will cut medical coverage for 24 million people, including children, if it becomes law.

“I would like to apologize for saying that children in America should have healthcare,” he mocked on May 9. Well, Jimmy’s caring words may have fallen on deaf ears and the Kardashian sisters may not be able to keep Planned Parenthood funded, even if they rally millions of young women to their worthy cause, but at least they’re trying very hard.

So, thank you Kardashians, Jimmy Kimmel, Jessica Chastain, Tina Knowles and so many more stars who use their fame to fight to make life better for millions of people.

HollywoodLifers, do you agree? Should stars use their celebrity to do good? Let me know and vote above!