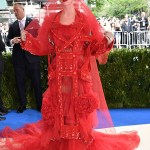 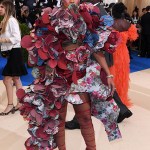 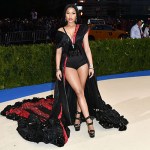 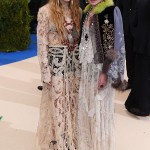 The biggest night in fashion has finally arrived & we are so excited! While there were so many stunning looks at the 2017 Met Gala, there were a ton of red carpet fails. Some celebs failed to hit the mark and we can’t decide who was the worst dressed at the Met Ball. What do you guys think? VOTE.

The moment we’ve all been waiting for has finally arrived! The 2017 Met Gala brought about some of the hottest celebs, and like any other fashion event, there were some hits and some misses. This year’s exhibition theme of the Costume Institute Gala is “Rei Kawakubo/Comme des Garçons: Art of the In-Between” at the Metropolitan Museum of Art in NYC on May 1. There were so many bizarre red carpet looks and we can’t decide who was the Met Gala’s worst dressed. What do you think? VOTE.

It breaks our hearts to say this, but we all secretly knew this would happen — Katy Perry, 32, looked insane. As the host of the event, we knew she was going to go all out, but we seriously don’t even recognize her in this red ensemble made up of layers of ruffled chiffon tiers. Her gown was made of so much red tulle, we couldn’t even find her, plus she added a sheer veil over her face so she was completely covered up. Another one of our fave ladies that just didn’t make the cut this year was Claire Danes, 38. She looked like Hamilton with her lace-up black pants and ruffled white button-down with cutouts on the shoulders, and more ruffles.

We saw some pretty out-there looks from other ladies like Carly Steel, who looked like she was wearing a giant piece of gauze and added a bedazzled silver crown. Another celeb that missed the mark was Keltie Knight who opted for a simple blush maxi dress with a ruffled peplum waist. It was a pretty dress for a summer night, not for fashion’s biggest night.

There were so many looks to choose from and we can’t decide who was worst dressed at the Met Gala, what do you guys think? VOTE.