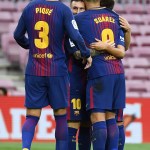 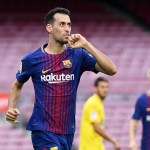 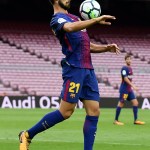 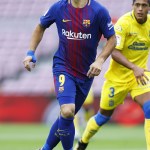 This might be the most important ‘El Clasico’ in recent history! Real Madrid plays Barcelona on April 23 with La Liga’s title practically on the line. The game starts at 2:45 PM ET so don’t you dare miss this.

Going into this game, Real Madrid commands a 3-point lead over Barcelona. Barca desperately needs to win this game if they want to keep their hopes of winning La Liga alive. The odds are not in the Blaugrana’s favor, but it’s never wise to count Lionel Messi, 29, out, especially when he’s going up against Cristiano Ronaldo, 32. This might be the defacto championship match of this season, so sports fans around the world better tune in to see this.

Here’s a quick refresher: El Clasico is the name given to any match between Real and Barca. The rivalry between these two is not just based in sports. Real Madrid, by being based in the country’s capital, has been viewed as representatives of Spanish nationalism, while Barcelona – repping the Catalan ethnic group – has been seen as stand-ins for Catalan nationalism. Politics aside, this is the clash between two of the most popular clubs on the planet.

They’ve played in 265 total matches (232 competitive games, 33 exhibitions.) Real has the edge, winning 93 competitive matches over Barca’s 90. When they played in Dec. 2016 at Camp Nou, the teams left Barca’s home ground with a 1-1 tie. That’s not going to be good enough, not with La Liga on the line.

If Real suffers one of its rare losses in this game, it could cost them all their hard work. If the two squads end the season tied with points, it’ll come down to Goal Differential and Barceloan has a commanding lead (61 to 49, going into this game.) That’s why Los Blancos’ manager Zinedine Dizane is going to allegedly unleash Marco Asensio, 21, to replace the injured Gareth Bale, 27, according to the Daily Express.

Barcelona has its own roster problems. While Messi and Luis Suarez, 30, are set for this match, Neymar, 25, has to sit this one out after getting smacked with a 3-game suspension for clapping back at a ref. With the Trident missing 1/3 of its players, is Barca doomed from the start?

Soccer fans can watch this critical match via beIN Sports official coverage (after entering in your cable/satellite info) CLICK HERE TO WATCH THE REAL MADRID VS. BARCELONA IN EL CLASICO LIVE STREAM

Who do you want to win this game, HollywoodLifers?