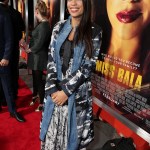 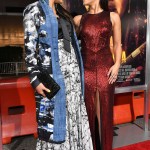 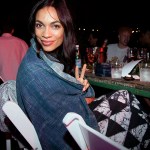 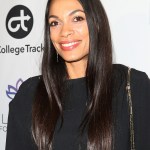 Typically a low-key couple, Rosario Dawson and boyfriend Eric Andre simply demanded attention at a recent premiere party. We’ve EXCLUSIVELY learned that the loved-up pair’s PDA was off the charts, making for one ‘Unforgettable’ evening.

It’s about time we start paying attention to Rosario Dawson, 37, and Eric Andre, 34. Their laid back demeanor is pretty refreshing in Hollywood, but a recent premiere party proves that they’re the ones to watch. “Rosario and Eric were hanging out all night with friends — laughing, holding hands, and sneaking in romantic cuddles,” a partygoer tells HollywoodLife.com EXCLUSIVELY. “At one point her daughter joined the table and it seemed like they were one big happy family. Everyone was getting along swimmingly.”

The Seven Pounds actress, who went public with her Andre romance in February, adopted a 12-year old girl in 2014. Being an adopted child herself, Rosario has always been a huge supporter of the process. “It struck me recently that one day I might be sitting around with my children, going, ‘Your grandmother was an amazing woman; I really wish you could’ve known her,’” she confessed to Latina magazine in 2008. What’s even sweeter is that Rosario’s daughter now has a father figure in her life, and he’s a seriously funny guy!

For the Unforgettable movie premiere party, the comedian was rocking a “full bodysuit that had pictures of grilled cheese on it,” the insider continues. “While Eric was off doing his own thing, people would approach Rosario to compliment her on being with him since he’s so down-to-earth and hilarious. Most people left the party at midnight, but Rosario and Eric continued hanging out until about 1AM. They didn’t want to leave!” Sounds like a total blast! We can’t wait to hear more about this adorable couple!

HollywoodLifers, do you think Rosario and Eric are the real deal? Tell us below!