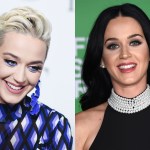 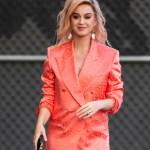 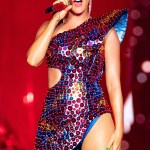 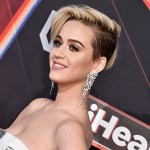 Katy Perry is basically rocking a buzz cut, which she showed off on April 10 on Instagram. Find out why she went even shorter than her pixie below!

Katy Perry shocked us when she showed off a platinum pixie back in March, but we did not expect to see her basically shave her head! She showed off her new cut on April 10 — with super short sides and a spikey top. She kind of looks like Justin Bieber!

A source close to Katy tells HollywoodLife.com EXCLUSIVELY: “The main reason she chopped all her hair off was that she wanted to do something drastic like a tattoo or this after her recent breakup with Orlando [Bloom], she just wanted to change things up because it made her feel good to let off some steam and do something for herself and she wanted to feel independent and making a change like this with her hair fulfilled those urges.”

Katy said her inspirations for this super short ‘do were Agyness Deyn and Annie Lennox.

Obviously, that pixie cut from March was totally therapeutic and empowering! She must have gotten a lot of compliments, because she went for an even shorter, more dramatic hair cut this time!

The same hairstylist, Chris McMillan, did both cuts. He’s famous for Jennifer Aniston‘s “Rachel” cut on Friends, and also when Miley Cyrus cut off her long hair into a short pixie! If anyone can pull off this look, it’s Katy!

Speaking of super short buzz cuts, Kristen Stewart also recently shaved her head and debuted a platinum buzz cut for an upcoming movie she is filming. Do you think this is becoming a trend?