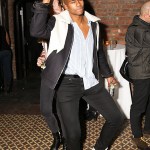 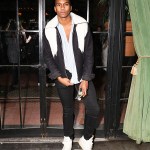 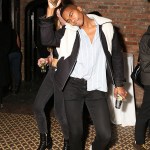 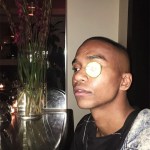 Whoa there! Malia Obama turned heads when the former first daughter stepped out with a hot mystery man in NYC Mar. 29. His name is Rob Franklin and we’ve got five things to know about the tall, dark and handsome fellow.

They grow up so fast! Former First Daughter Malia Obama has been working hard on her internship with The Weinstein Company in New York City, but that doesn’t mean the 18-year-old doesn’t get a little bit of play time. She was photographed on a evning date in SoHo with a female pal and a gorgeous mystery man and now we’ve learned his identity is 23-year-old Rob Franklin. While he is reportedly just close friends with Malia, they sure do make a striking couple! Here are five things to know about her new pal:

1. Rob is well-educated and loves the theater.

He’s a Stanford graduate so smartie Malia should be able to have plenty of intellectual conversations with him. She’ll be starting her freshman year at Harvard in the fall so attending elite universities is something they can bond over. While in college Rob acted in several school theater productions, including a lead in the musical “Spring Awakening” in 2013.

2.  Rob works in media for artsy.net.

According to his LinkedIn page, he’s been employed as an audience development manager for the website Artsy.net for the past three months. The site “features the world’s leading galleries, museum collections, foundations, artist estates, art fairs, and benefit auctions, all in one place.”

Malia met Rob when they both attended Men’s NYFW at the end of Jan. to get a look at what new styles are on the horizon for Spring/Summer 2017. When spotted out with Malia he was wearing a chic black coat with a belted waist, paired with swank black leather boots. A tan beanie topped off his look and with Rob’s height, his streetwear style looks like he could have stepped off a runway himself. His Facebook account shows that he attends numerous fashion shows in the NY area.

Malia is 6’1″ so she dwarfs most people, but not Rob! He’s a good three inches taller than the former first daughter, making her look petite in comparison.

HollywoodLifers, do you think Rob and Malia make a cute couple? Do you wish they were more than just friends?