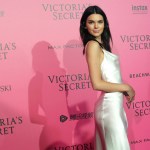 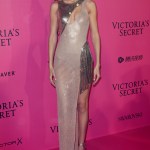 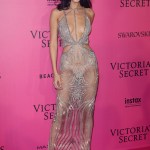 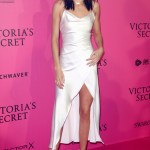 It looks like Gigi Hadid is really learning how to take her liquor now that she’s 21! In a much-deserved celebration after the Victoria’s Secret Fashion Show, the supermodel can be seen slugging back shots of alcohol on Snapchat, and we’re pretty darn impressed. Watch here!

While Kendall Jenner, 21, indulged in cheeseburgers and mac and cheese after the Victoria’s Secret Fashion Show, it looks like Gigi Hadid, 21, had another craving in mind — alcohol! Bella Hadid, 20, uploaded a Snapchat video of Kendall eating her post-show cheat meal, and in the background, Gigi can be seen super casually taking a shot, then making a goofy face for the camera.

These girls have been working SUPER hard to get their bodies in tip-top shape ever since they found out they would be walking the show again, and we can imagine that meant cutting out alcohol and guilty pleasure foods. So, of course, they completely deserved the night of indulging and celebrating after their LONG day of preparing and hitting the runway! And remember — Gigi is 21, so this was all totally legal.

Nov. 30 marked the supermodel’s second year straight walking in the VS Fashion Show, and while she had Kendall by her side both times, she was also joined by her little sister, Bella Hadid, 20, this time around.

As mom Yolanda Hadid revealed before the show, the gals have been dreaming of being on this runway since they were just little girls, and it was absolutely incredible to see them get to live it out. We can’t wait to watch the show when it airs on CBS Dec. 5 at 10:00 p.m.!

HollywoodLifers, what do you think of Gigi pounding back shots? Are you impressed she can hold her liquor so well?