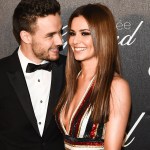 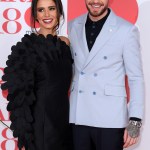 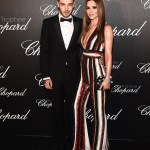 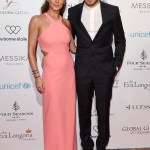 This is too precious! Liam Payne met his pregnant girlfriend Cheryl Fernandez-Versini when he was just a teenager auditioning for Britain’s ‘The X Factor,’ and we’ve got the nostalgic video. You’ve got to see the moment the gorgeous judge first laid eyes on the future father of her child!

What a difference six years makes! While Liam Payne, 23, and Cheryl Fernandez-Versini, 33, are now massively in love and expecting their first baby together, the way they first encountered each other is nothing short of epic. Liam auditioned in 2010 for the UK version of The X Factor and as a result, we have the exact moment of their initial meeting on video. He was just a gangly 16-year-old with a Justin Bieber style sideswept hairdo while Cheryl was in the middle of divorcing soccer star Ashley Cole, 35. She was blown away by the teenager’s talent, telling him after his audition that “You definitely got it, whatever it is that you got it. I thought your voice was really, really powerful.”

Liam had tried out for the show two years earlier, being mentored by Simon Cowell, 57. He decided that the teenager needed a few more years of seasoning before he tried auditioning again and Simon was absolutely right. Liam came out and sang the classic “Cry Me A River,” — the Arthur Hamilton penned version made famous by many artists including Michael Buble — and Cheryl totally beamed at his booming voice.

Interestingly enough, Simon jumped to his feet to give him a give him a standing ovation and judge Natalie Imbruglia, 41, followed suit. But Cheryl remained seated and just gave him some polite claps, not nearly as enthused by his performance as her fellow judges. She did have sweet words of praise for him though, and how crazy is it that we can witness their very first interaction together all these years later?

Of course Liam went on to get paired up with Niall Horan, 23, Harry Styles, 22, Louis Tomlinson, 24, and Zayn Malik, 23, to form One Direction on the show then went on achieve worldwide fame. After all these years Liam and Cheryl found their way back to each other and now they’re starting a family of their very own! It’s a total fairy tale come true.

HollywoodLifers, do you think Liam is ready to become a dad? Take our poll and vote!