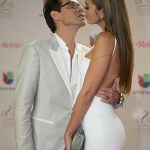 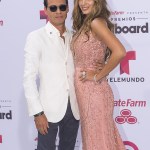 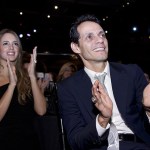 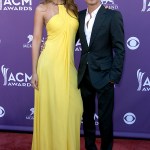 So sad! Marc Anthony and his wife Shannon De Lima are officially separating, after what appeared to be a magical two-year marriage. Now, we’ve EXCLUSIVELY learned the Venezuelan model is absolutely ‘heartbroken’ and ‘blindsided’ by their split. Here’s the scoop.

We are still in shock over this marriage bombshell. It was revealed that Marc Anthony, 48, and his wife of two years Shannon De Lima, 28, recently separated on Nov. 18, hours after the crooner kissed his ex-wife Jennifer Lopez, 47, at the Latin Grammy Awards. Sadly, the Venezuelan model is still taking their breakup pretty hard. “Shannon is heartbroken – it came as a shock to her,” a source tells HollywoodLife.com EXCLUSIVELY. “Her friends and family think that Marc is an idiot because Shannon is a beautiful and kind person. Although she’s upset just now she is a strong woman and knows that these things can happen in life.” So inspiring.

Marc and Shannon’s split has certainly been one hot topic, since she didn’t appear to drop any clues about their marital troubles. Two months ago, she was seen holding her hubby close, while flashing her dazzling wedding ring. The sweet photo was captioned, “Happy birthday papi bello!!!! Thank you for sharing your life with me…and for being the best husband and friend someone could wish for!” Shannon is Marc’s third wife and the former flames don’t share any kids together, so hopefully it will be a smoother transition. The two tied the knot on November 11, 2014 and began dating months after Marc and Jennifer ended their seven-year marriage.

Meanwhile, fans have been questioning if JLo and Marc are rekindling their romance, ever since the two locked lips at the star-studded award show in Nevada on Nov. 17. The exes are proud parents of six-year-old twins and they both seem to share a deep respect for each other. Jennifer even presented him with the Latin Grammy Awards’ Person of the Year prize, calling him a “living legend!” However her manager, Benny Medina, revealed that JLo and Marc are “absolutely, categorically, 100% not back together,” according to TMZ. Time will tell!

HollywoodLifers, did YOU see Shannon and Marc’s split coming or was it a shock? Let us know!