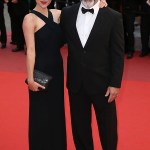 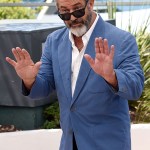 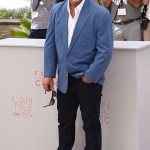 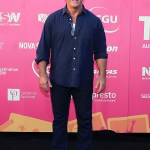 Holy moly! Controversial actor and director Mel Gibson is about to be a father for the 9th time! And this time around it’s with his 26-year-old equestrian girlfriend Rosalind Ross. We have all the details on the happy news, right here.

Big news! Mel Gibson, 60, is expecting a baby with his girlfriend of two years Rosalind Ross, 26, Mel’s rep confirms to HollywoodLife.com. The couple could not be more thrilled to welcome their child together early in 2017, which will be the first for Rosalind and 9th for Mel. “Mel and Rose are so excited about the baby,” says a friend close to the couple to People.

“Mel loves being a dad and he and Rose can’t wait to be parents together. The last two years have been some of his happiest years he’s ever had,” said another insider. Well at least with all of that experience he can help ease any of the fears or concerns of the soon-to-be-new-mom!

Mel is a whopping 34 years older than his beautiful girlfriend, but that doesn’t seem to be a problem for the couple. She is a very successful young woman, who was formerly a champion equestrian vaulter! Perhaps after his several attempts at love, Mel has finally found the one that he can settle down with as he grows older.

Mel’s former partners include Robyn Moore (who he was married to from 1980-11, that’s 31 years!) and beautiful model Oksana Grigorieva. His lovely children range in age from 6-36 years old. Phew! At least we know his new baby will have lots of older brothers and sisters to looks after him or her! So sweet. Congratulations to the happy couple in this exciting new adventure!

HollywoodLifers, what do you think of Rosalind being pregnant with Mel’s 9th child? Share your thoughts with us!