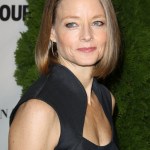 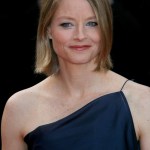 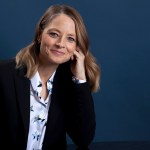 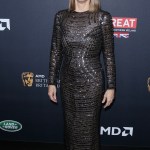 Jodie Foster is standing up for her longtime friend Mel Gibson in a new interview and says that although she doesn’t agree with the racist, sexist and anti semitic things he’s said over the years, he is someone she really ‘loves’ and ‘cares’ about.

Jodie Foster has Mel Gibson‘s back! The actress reveals in a new interview that she’s known Mel for over 20 years and she’s not about to turn her back on him when the going gets rough. She says the reason she’s stood by him over the years despite his consistent unforgivable outbursts.

“I’ve known him for 20-something years, and he’s someone that I really love and I really care about,” Jodie tells The Daily Beast. “I obviously can’t condone his behavior—his private behavior. What do I know about his private behavior? But I do know the man I know, who is an extraordinary artist. I know the experiences I’ve had with him and that’s really the only thing I can attest to. I think if someone you love is struggling, you don’t disown them and run in the opposite direction,” she added. “I think you try to be compassionate, and try to understand their struggle. Try to help them.”

Jodie says that despite Mel’s infamous 911 call in 2006 or the horrific things he said to his ex, Oksana Grigorieva in 2011, she says that she still choose to cast him in her movie The Beaver in 2014. “And I have real feelings about what’s public and private—and a real sense of loyalty to the people who are struggling, trying to survive a public life,” Jodie says. “I think you feel terribly alone, and I guess I’m out there saying, ‘You’re not alone.’ Whether it’s him or other people that have gone through similar situations.”

“But Mel is an extraordinary director, and I have to say, I think he’s the most loved actor I’ve ever worked with—not just by me, by all the technicians and everybody who’s worked with him,” she added. “That’s just the truth, and obviously we all have complicated truths that come with us.”

HollywoodLifers, what do you think of Jodie standing by Mel?