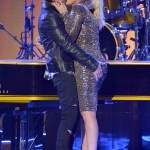 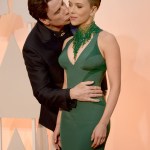 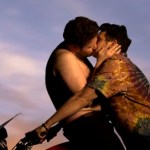 Rihanna stole the show at the 2016 MTV Video Music Awards on Aug. 28, but several days later, some observant fans have noticed that her pinky finger looked weird and twisted during one of her performances. Check out the hilarious tweeted reactions right here!

Rihanna, 28, can do no wrong. Case in point: when her finger looks weird onstage, it sparks its own conversation and eventual idolization. The “Work” singer performed four separate times at the VMAs, wowing the crowd with “Stay,” “Love On The Brain”, “Diamonds” and more — but at one point, her little finger was the star of the show, as Twitter quickly noticed.

can we talk about rihanna's pinky pic.twitter.com/5pAmIbsKMZ

Drake & Rihanna PDA — Check Out Pics Of The Hot Couple

Of course, Rihanna’s crooked little finger wasn’t the biggest thing to grab everyone’s attention at the VMAs. As he presented her with the prestigious Michael Jackson Video Vanguard Award, Drake professed his love for Rihanna, gave her a peck on the lips and set things in motion for them to go public as lovers! It was a super sweet moment, and since then, they’ve been proudly flaunting their relationship in the form of PDA-filled outings. We’ve heard that they intend to be the next “super couple”, a la Beyonce and Jay Z, and honestly, it could happen. Above all, they love each other, and we’re sure Drake likes her weird finger as much as he does the rest of her.

HollywoodLifers, do you think it’s funny that everyone’s freaking out over Rihanna’s finger at the VMAs? Tell us if you thought her pinky looked weird, too!