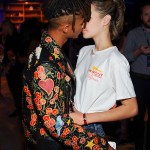 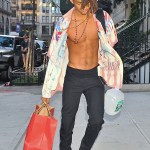 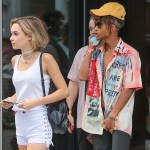 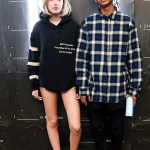 We were shocked when a tweet revealed a pic of Jaden Smith’s girlfriend, Sarah Snyder, laying in bed with another man — Gunner Stahl. But we didn’t know anything about him at the time! So who is the guy who could be cheatin’ with Sarah? Here’s everything you need to know.

Jaden Smith, 18, and his girlfriend of over a year, Sarah Snyder, 21, may be on the road to breaking up after she was caught allegedly cheating on him with Gunner Stahl. Gunner tweeted a very suggestive photo of himself and Sarah in bed together on Aug. 1 AND tagged Jaden in the caption — then he deleted it. So, obviously, we need to know more about this guy.

And we’re not talking about the Twitter pic, which appeared to be taken by Sarah. He’s a professional photographer who also posts some of his best pics on social media. And they aren’t half bad.

He uses his accounts a TON and hasn’t made any of them private since the Sarah scandal broke out. There are no other tweets on his timeline that include Sarah. But…

There are plenty of photos of him and Jaden’s girlfriend hanging out on social media. So, we know, even if they aren’t hooking up, there is some sort of relationship between them.

5. He is very interested in African American youth culture

So many of the pictures on the young photog’s Instagram account are of young black men. Clearly, Gunner is interested in capturing the lives of other young African American men to make the world more aware of his community.

HollywoodLifers, do you think Gunner would cheat with Sarah?