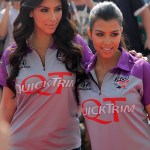 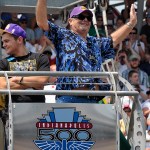 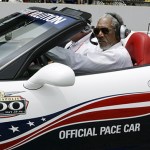 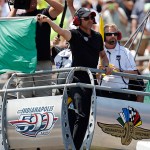 The Indy 500 has arrived, and it’s all about racing! Racing season is in full swing, and so many celebrities are racing fans. Check out these sports-loving stars now!

Are you ready for some racing? With the Indy 500 gearing up, it’s time to take a look at some of racing’s biggest fans. From Patrick Dempsey to Kim Kardashian to Nina Dobrev, these celebs love to watch all things racing!

Patrick is perhaps the biggest fan of racing. Not only does the former Grey’s Anatomy star love racing, he races too! He’s competed in pro-am races like the 24 Hours of Le Mans and the Rolex 24 at Daytona sports car race. He says that racing “keeps me alive” and there’s a “purity to (racing) that’s missing from the work I do as an actor.”

Kim and Kourtney Kardashian attended the 2005 Indianapolis 500 dressed up in their racing attire. Just a year before, Morgan Freeman had some fun at the Indy 500. Nina Dobrev had a blast at the 2015 Indy 500. Jack Nicholson waved the green flag to start the Indy 500 in 2010.

But racing doesn’t just mean the Indy 500. There’s that little organization called NASCAR. James Franco served as honorary grand marshall back in 2013. Chris Evans, Vince Vaughn, Gerard Butler, Kate Upton and more celebrities has taken on the role in the past.

Every time there’s a NASCAR race on, there’s always a bunch of celebrities tweeting about it. 50 Cent, Juan Pablo Galavis, Gary Sinise, Luke Bryan all love a good race. Stay tuned for all the Indy 500 coverage you could ever want and need on HollywoodLife.com!

HollywoodLifers, who are you rooting for to win the Indy 500? Are you also a NASCAR fan? Let us know!