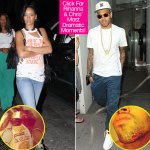 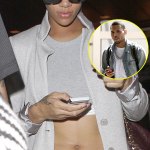 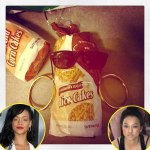 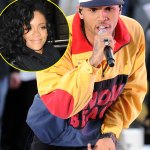 When Chris Brown revealed he is coming out with a documentary discussing the tragic night he assaulted his then girlfriend Rihanna, we couldn’t help but wonder how the Barbadian singer felt about his shocking decision. HollywoodLife.com now has all the EXCLUSIVE details!

Chris Brown, 26, didn’t hold back while filming his new doc, Welcome To My Life: The Official Chris Brown Documentary. So what does his ex, Rihanna, 28, think about this new film, which will revisit their violent night together in 2009? HollywoodLife.com can now EXCLUSIVELY reveal how the beauty really feels about his revealing expose!

“She knew about the documentary. Chris told her he was considering doing a documentary and that he would be talking about that nightmare night,” an insider tells HollywoodLife.com EXCLUSIVELY. “At first, she was surprised he wanted to go public with this, she cautioned him that he had to be mentally and emotionally prepared to go back and relive it. However, he reassured her that this was something good, something he wanted to do. She supported him, and still supports him. She’s proud of how far he’s come and understands his reason for going forward, protecting Royalty. Chris has her blessings.” Wow, Rihanna is amazing!

As HollywoodLife.com previously reported, Rihanna wishes Chris were the man that he is today when they were dating. “Had Chris been the man he is now eight years ago, Ri would still be with him. It hasn’t always been easy for him to express his feelings publicly and she couldn’t be prouder of him with his documentary,” a source told us EXCLUSIVELY. “Chris is working on himself and trying to be the best man and father he can.” Good for Chris!

HollywoodLifers, are YOU surprised that Rihanna gave Chris her blessing to make the documentary? Do YOU think she will watch it? Would YOU if you were Rihanna?