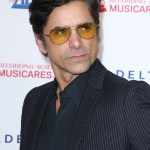 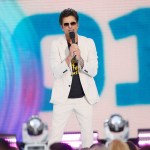 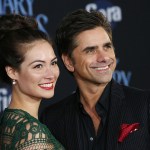 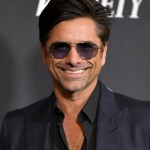 You might notice things look a little different if you log into your Netflix account today! The streaming site partnered with John Stamos for an elaborate April Fools’ Day prank, which includes a fake documentary about the actor, brand new movie/TV categories and more. Check it all out here!

Netflix may have just won April Fools’ Day! John Stamos worked with the site to create an awesome April Fools’ Day joke, and it involves a full trailer for a brand new show about the actor. Check out the lengths they went to to pull this one off right here!

In a quick intro to the mock documentary trailer, John explains that one of the guys behind Netflix came to him in the fall and asked him to help “save” the channel with a show about himself…in which he plays himself. Obviously, the actor jumped at the chance, and filmed a whole trailer with clips and a voiceover showing what we can expect.

Unfortunately, though, you guys…it isn’t real at all! The “trailer” dropped on April 1, and Netflix wrote on Twitter, “A VERY exciting documentary unlike any other. “John Stamos: A Human, Being” comes to Netflix April 31.” We all know that poem from elementary school..there’s definitely not 31 days in April, LOL!

But the prank went way beyond just that. If you head over to Netflix today, you’ll notice that many categories on the homepage have been changed to include the Fuller House star’s name. Instead of the usual genres, the movies are now grouped into sets named: “Popular Like John Stamos Was In High School,” “Trending Now Like John Stamos,” “Comedies John Stamos Thinks Are Funny,” and more. TOO good!

Obviously, John has a great relationship with the brand — his show, Fuller House, debuted on the streaming site back in February, and its already been picked up for a second season. We love how much effort he put into this fun little prank!

What do you think of John and Netflix’s April Fools’ joke, HollywoodLifers?