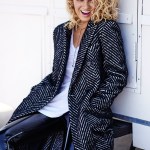 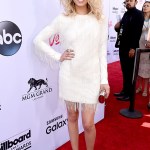 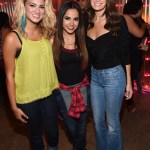 There’s no bad blood anymore! Tori Kelly revealed that her Grammy night was great, even though her stank face said otherwise during Taylor Swift’s acceptance speech. HollywoodLife.com has the details here.

Tori Kelly, 23, is finally putting all that speculation about the look she gave Taylor Swift, 26, to rest! Turns out the singer actually had an amazing time at the Grammys on Feb. 15., despite giving major side eye to Tay, during her Album of the Year acceptance speech. Read more to see what Tori said.

Tori took to Twitter to share how she felt about the Grammys. “I loved every moment of last night,” she tweeted. “I can’t express how thankful I am. Here’s to the next chapter.” Tori did have a lot to be proud about that night. She was nominated for her first Grammy and she got to perform an amazing mash-up with her fellow nominee James Bay, 25.  Tori tweeted to him the day after, “It was such a pleasure sharing the stage with you incredibly talented gentleman, @jamesbaymusic.” The two did make great duet partners!

Sadly, it wasn’t her performance everyone was talking about that night. While Taylor was dissing Kanye about his claims that he made her famous, Tori’s unimpressed reaction was spotted by the cameras and ended up going viral! Tori did lose the Grammy Best Artist category that night to Meghan Trainor, 22, before Taylor’s acceptance speech, so we’re thinking she might have been a little bummed and irritated about that, therefore causing her to make a stank face. That’s just our theory!

We’re sure Tori’s reaction and Grammy loss is the last thing on her mind right now because she still has a lot to be excited for this year. She’s actually going on the Unbreakable Tour, her first ever, which she is very stoked about. We can’t wait to see what else is in store for Tori!

HollywoodLifers, do you think Tori really had a good night at the Grammys even though her stank face says otherwise? Let us know!