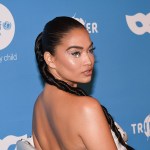 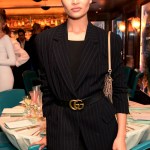 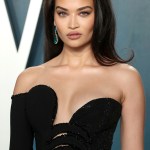 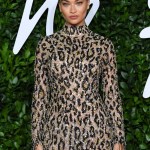 DJ Ruckus rang in the New Year early by giving a ring to his girlfriend, supermodel Shanina Shaik. But to make his proposal perfect, Ruckus needed help from two legendary superstars: Lenny Kravitz and Denzel Washington. Learn how these two helped Ruckus pop the question.

While on vacation, DJ Ruckus had one question for his girlfriend, 24-year-old model Shanina Shaik. It wasn’t, “Are you gonna go my way?” or if her favorite movie was Training Day. With some assistance from Lenny Kravitz, 51, and Denzel Washington, 61, Ruckus was able to ask Shanina, “Will you marry me?”

So, this is how it all went down: Ruckus popped the question on Dec. 26 while he and Shanina were spending the holidays on a private beach in the Bahamas, according to People. The beach’s owner? Ruckus’s cousin, Lenny Kravitz. Talk about an inside hook-up!

With the gorgeous locale, all Ruckus needed was a ring. Ruckus supposedly wanted to mail the ring to his Bahamas paradise. But, in case that the FedEx man didn’t arrive in time, he asked a family friend — Oscar award-winning actor Denzel Washington — to bring a spare. Actually, Ruckus worked with celebrity jeweler Lorraine Schwartz to design two perfect rings, so Shanina could pick which one she liked best if she said yes. She did, as Shanina confirmed her engagement by showing off on Instagram.

It seems that after flirting and dating Justin Bieber in 2015, she found out her heart truly belongs to Ruckus. Though she may have gotten touchy-feely with Justin at Coachella, it’s not his ring currently on her finger. If you want to get Ruckus a wedding present — just buy a copy of his EP from Amazon.

As if this proposal couldn’t get any more star studded, Tyrese Gibson got in on the good news, according to Us Weekly. After Ruckus shared the news with his future mother-in-law, he had her Facetime her favorite actor, Tyrese, to tell the Fast and the Furious actor about the engagement!

So we have a music legend, an Academy-award winning actor and an action star all helping make Ruckus and Shanina’s engagement the best one ever. All they needed was a Hip-Hop icon. Well, cross that off the list because Rev Run of RUN DMC was also told the news. Run is Ruckus’ mentor and he was all smiles when he heard that his protégé was going to tie the knot.

Congratulations to Ruckus and Shanina! Are you happy these two are getting married, HollywoodLifers?