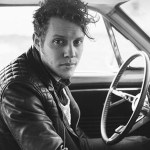 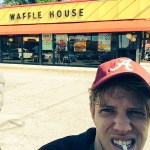 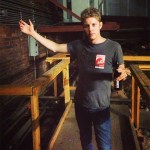 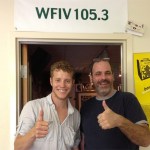 Miranda Lambert’s broken heart has reportedly been patched up, thanks to a new romance with an R&B hunk named Anderson East. But who is this new flame allegedly helping Miranda get over her split with Blake Shelton? Here are 5 things to know about Anderson.

It seems that Miranda Lambert, 32, is finally putting her painful breakup with Blake Shelton, 39, in her rear-view mirror — with a hot new romance with Anderson East, 27, allegedly riding shotgun! The “Over You” singer has reportedly been seeing Anderson for over a month, so get to know the man helping Miranda’s year end on a high note.

1. Anderson East is not his real name.

Though it seems Anderson East is the directional-opposite of Kanye West, he was actually born Michael Cameron Anderson in Athens, Alabama. He released an album under the name Mike Anderson in 2009, but changed his stage name to Anderson East a year later.

2. Music runs in his family.

“My mom played piano in church,” Anderson told Awaiting The Flood, “so I grew up hearing her play.” In addition to his mother playing piano, Anderson’s father sang in the church choir and his grandfather was the preacher. Though his mother’s playing was a powerful influence on him, Anderson’s first instrument wasn’t the piano.

3. He knows how to play many instruments.

“One of my best friend’s older brother got a guitar at a yard sale, and I thought, ‘I wanna play guitar,'” Anderson said. He was only 8 years old when he learned how to play the James Bond Theme and “Hotel California” on a guitar he got from Toys ‘R’ Us. When he heard the music of Ben Folds in high school, Anderson decided to follow in his mother’s footsteps and learn the piano. You can find your own inspiration by picking up Ben Folds The Best Imitation Of Myself from Amazon.

“It was hard to find music [while growing up],” Anderson told Sing365.com. “Whatever I heard was the most amazing thing on the planet. I heard Led Zeppelin, and then I would hear something like Snoop Dogg.” He credits Michael Jackson’s “Black Or White” single as sparking his curiosity in music production. “My first through was ‘how did they get that sound out of a guitar?'”

5. Anderson has a lot in common with Blake Shelton.

Both Anderson and Blake have a deep interest in country and Americana music, but they also are both avid hunters, according to Us Weekly. In a Thanksgiving picture posted to his Instagram, Anderson posed while holding a hunting rifle. “Happy Thanksgiving from our family to yours,” he wrote. It’s quite possible that Anderson bagged Miranda’s heart, the biggest prize of them all!

What do you think about Anderson, HollywoodLifers? Do you think he’s a good match for Miranda?