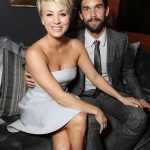 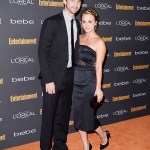 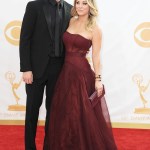 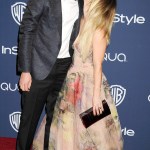 Whoa — Kaley Cuoco and Ryan Sweeting may have been hiding a LOT more demons than we realized. The couple announced their split out of nowhere on Sept. 25, and a new report claims that the tennis pro’s addiction to alcohol and pain killers is what caused Kaley to finally walk out the door.

Kaley Cuoco, 29, has made their relationship seem perfect on the surface, but behind closed doors, her now-ex, Ryan Sweeting, 28, has reportedly been battling a bad addiction to pain killers and alcohol. In their 21 months of marriage, the tennis player has allegedly been unable to kick the habit, and that’s what led his wife to file for divorce, according to a new report.

Ryan was actually battling injury from the moment he met The Big Bang Theory star in July 2013, and he reportedly began abusing the pain killers he was given, Us Weekly reports. The actress knew of the issue when she met her man, according to the mag, but decided to stand by him. “She supported him,” the insider explains. “But she said he couldn’t make the commitment to get sober.”

The 28-year-old was arrested for DUI and possession of a drug with intent to sell in 2006, and continued to have a problem with alcohol during his marriage to Kaley, the source claims. “He’d tell her he was working on it, and instead go get wasted,” Us Weekly adds. In the end, Kaley reportedly felt she had “no choice” but to pull the plug on the marriage and file for divorce. She cited ‘irreconcilable differences’ in the papers divorce papers.

This new report matches what HollywoodLife.com EXCLUSIVELY reported on Sept. 29 — that Ryan’s ‘downer’ attitude is what mostly contributed to the split. “Ryan was home all the time,” an insider told us EXCLUSIVELY. “He was dealing with an injury and would be kind of a party poor and would really want people to feel bad for him. Kaley’s life, on the other hand, is going pretty well right now and she is a very fun-loving person. They had a lot of good times together, but the change in his demeanor following his injury made him different from the person she fell in love with. She decided that it would be better to move on because things weren’t helping to change his attitude.”

Interestingly, just five months before the break up announcement, Kaley and Ryan were plagued by split rumors — which the 29-year-old went out of her way to deny. “I’ve never been more proud of anyone on this planet,” she wrote of her then-husband on Instagram. “This guy is fighting back from a whirlwind of injuries and not to mention constant “conversation” regarding our marriage and basically any daily decision we decide to make. I’m so proud of his passion and his inner strength to fight back, but most of all, I’m proud to be his wife.” EEKK, kinda awkward now!

HollywoodLifers, do you believe Ryan had a problem with pain killers and alcohol? Were you shocked by this split?