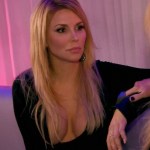 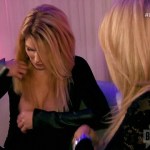 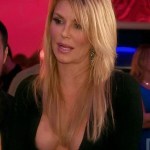 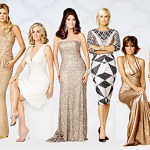 Oh, no! A new report claims that struggling ‘RHOBH’ star, Kim Richards, has been arrested for allegedly shoplifting from a Target store in San Fernando Valley, Calif., making this her second arrest in just four months!

Actress and reality TV star Kim Richards, 50, has gotten herself into trouble yet again! The former Real Housewives of Beverly Hills star was placed under arrest on Sunday, Aug. 2, after she was reportedly caught shoplifting hundreds of dollars worth of goods from a Target store in San Fernando Valley, Calif. Her ex-husband, Monty Brinson, has deemed the incident just one big “misunderstanding,” but we have to wonder: was her ongoing battle with drugs and alcohol part of the problem?

Ugh, this does not look good for Kim. The Van Nuys Police Department confirmed to Entertainment Tonight that the struggling actress was suspected of walking out of the store with close to $600 worth of items in her cart. She was apprehended by a security guard at about 4:30 pm, and placed under citizen’s arrest before being booked in Van Nuys Jail on a misdemeanor theft charge. Kim was then forced to spend the night in jail and was released the following morning, Aug. 3, on $5,000 bail.

Kim’s ailing ex-husband Monty later told ET that he was shocked by the shoplifting claims, and was quick to note that Kim was not under the influence at the time of her arrest. “I couldn’t imagine Kim stealing or shoplifting anything. She is a giver,” he told the site. “I am in complete shock. Guaranteed this must be some kind of mistake, and the facts will come out soon. She was arrested for shoplifting toys in a cart, but this was a clear misunderstanding. This was not alcohol or drug related.”

The former child actress has battled with sobriety and spent time in rehab twice this year after she was arrested at the Polo Lounge at the Beverly Hills Hotel in April 2015 after hotel security responded to a reported fight. At the time, Kim was described as acting belligerent with slurred speech and reeking of alcohol. Following the arrest, she faced three misdemeanor charges: resisting arrest, public intoxication and battery on a police officer. “I was angry and frightened and I was scared. I knew what I had done,” Kim told Dr. Phil, 64. “The whole night is my fault. None of this would have happened if I didn’t drink.”

We sincerely hope that Kim has remained true to her ongoing sobriety, and this whole situation is just one big misunderstanding. We wish her and her family all the best!