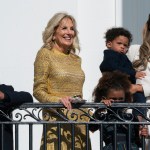 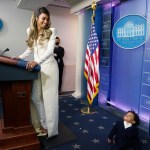 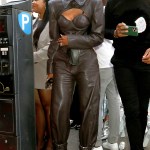 T.I. is NOT happy that Ciara brought Future’s son around her boyfriend, Russell Wilson. The rapper slammed Cici in a harsh Instagram comment, right after Future dissed her, too! See his words here.

Future, 31, was livid when Ciara, 29, brought their adorable son Future Jr., 1, to Russell Wilson’s, 26, practice game. Apparently, T.I., 34, is equally as ticked off. The Atlanta rapper was quick to judge Ciara for letting their son spend time with her Seattle Seahawks boyfriend, and he held back nothing when voicing his opinion on the matter!

T.I. responded to an Instagram thread on Aug. 3, which asked the audience whether they thought it was acceptable for Ciara to bring Future Jr. to watch Russell at training camp. Well, T.I. didn’t think it was cool at all! Replying under a different account, he wrote: “I’d go da F–K OFF bro!!! Sh-t way outta line to me…. But that’s just me.” Whoa! Those are some heated words. T.I. has collaborated on music with both Future and Ciara, but he’s clearly picking sides.

Future has been extremely vocal about his distaste for Russell, who recently signed a major $87.6 million dollar, four-year extension contract with the Seahawks. After the pictures of Russell and Future Jr. surfaced, he went off on a Twitter rant which totally seemed like he was slamming his ex.

“Never make a permanent decision over a temporary circumstance #umtoobossedup,” Future tweeted on August 1. Yikes! After fans began to suspect he was directing his anger at Ciara, he followed up with: “Don’t direct my tweets to kno punk a** hoe.” Unfortunately for Future, Ciara seems to be head over heels for her football beau. Can Future really blame Ciara for moving on though, after he was the one to reportedly cheat on her?

What do YOU think, HollywoodLifers? Do you agree with T.I.? Should Ciara keep Future Jr. away from Russell? Sound off below!