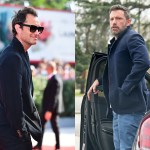 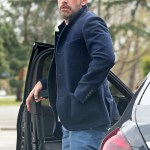 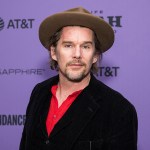 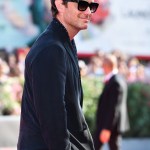 Ben Affleck is under fire for a July 29 report claiming he was intimate with his kids’ nanny, Christine Ouzounian, while still married to Jennifer Garner — but he’s not the first star to fall into this category! Here are 5 celebrities who have had affairs with their children’s sitters!

Cheating is bad enough, but to do it with someone who’s been hired to work for your family? That might be the worst of the worst! As Ben Affleck, 42, continues to deny rumors he cheated on Jennifer Garner, 43, with Christine Ouzounian, 28, HollywoodLife.com has rounded up five A-listers who have strayed with their kids’ nannies!

Jude Law, 42, was married to Sienna Miller, 33, for less than a year when he publicly admitted to cheating with Daisy Wright, who was the babysitter for his three kids (from a previous marriage). News of the affair broke in July 2005, when Daisy gave a tell-all interview revealing everything about the relationship.

Once things went public, Jude issued an apology to his wife: “Following the reports in today’s papers, I just want to say I am deeply ashamed and upset that I’ve hurt Sienna and the people most close to us. I want to publicly apologize to Sienna and our respective families for the pain I have caused. There is no defense for my actions which I sincerely regret and I ask that you respect our privacy at this very difficult time.” The pair separated in Nov. 2006.

While Arnold Schwarzenegger’s infidelity was with a housekeeper, Mildred ‘Patty’ Baena still worked closely with The Governator’s family, including the children. The situation was incredibly scandalous, as Arnold secretly fathered a child, Joseph, with Mildred Patricia while she was working in the family’s home. Arnold and his wife of 25 years, Maria Shriver, ended their relationship in 2011, when she confronted him about the love child.

“After leaving the governor’s office (2011) I told my wife about this event, which occurred over a decade ago,” Arnold said, at the time. “I understand and deserve the feelings of anger and disappointment among my friends and family. There are no excuses and I take full responsibility for the hurt I have caused. I have apologized to Maria, my children and my family. I am truly sorry.” Arnold and Mildred Patricia remain on amicable terms, and he supports the child financially.

Ethan Hawke’s marriage to Uma Thurman ended in 2003, after he allegedly started a romantic relationship with Ryan Shawhughes, the nanny to his and Uma’s two children. The divorce was finalized in 2005, and Ethan and Ryan tied the knot in June 2008. But the actor denies that Ryan had anything to do with his split from the Prime actress.

“I met Ryan through my literary agent, and she was indeed one of Maya and Levon’s nannies during a film shoot,” he said in a 2009 interview. “After a short period of working for me, Ryan went back to Columbia to get her degree. There were never any scandalous thoughts or actions back then. In the years that followed, my marriage disintegrated due to many pressures, none of which were remotely connected to Ryan.”

We’ll always remember the great Robin Wililams, who sadly passed away on Aug. 11, 2014, but, unfortunately, he had a period of alleged infidelity, as well. The comedian divorced his first wife, Valerie Velardi, in 1988, and on April 30, 1989, he married Marsha Garces, who was his son, Zak’s, babysitter. Marsha was pregnant with her and Robin’s first of two children, Zelda Williams, at the time of the wedding. Robin and Marsha’s divorce was finalized in 2010.

For Rob Lowe, the infidelity allegations caused some major problems and some bitter lawsuits. The actor sued former family babysitter, Jessica Gibson, claiming she was blackmailing him and his wife, Sheryl Berkoff. Days later, Jessica fired back with a sexual harassment lawsuit. Rob also brought up suits, for similar reasons, against another babysitter, Laura Boyce, and a family chef.

Rob has never admitted to having relations with Jessica (he’s even denied the claims), but both sides agreed to dismiss the court case in 2009, although it is unknown if a financial settlement was ever made. Very shortly after, Rob and Laura also both dismissed their case.

HollywoodLifers, are you surprised that any of these stars cheated with their nannies?