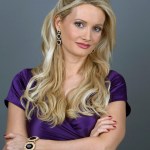 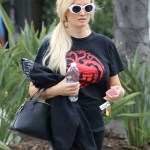 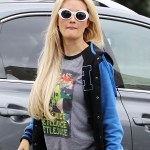 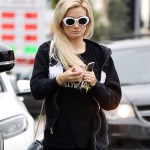 Holly Madison is telling ALL in her new book ‘Down The Rabbit Hole,’ and she holds nothing back when it comes to her time in the Playboy Mansion with Hugh Hefner. And that includes the shocking way he approached her with drugs the very first time they met!

She spent seven years with Hugh Hefner, 89, but now that Holly Madison is far removed from her past as a Playboy bunny, she’s telling all about life in her 20s in her new book Down The Rabbit Hole: Curious Adventures And Cautionary Tales Of A Former Playboy Bunny. It all started in 2001, when she was just 21 years old, and met Hugh at a nightclub…and he immediately offered her drugs!

“‘Would you like a Quaalude?’ Hef asked, leaning toward me with a bunch of large horse pills in his hands, held together by a crumpled tissue,” Holly writes in the book, as transcribed in the latest issue of Us Weekly. She says she declined his offer, but that only made his approach more intense.

“‘Okay, that’s good,’ he said, nonchalantly. ‘Usually, I don’t approve of drugs, but you know, in the ’70s they used to call these pills thigh openers.” Can you believe it?! A 75-year-old man making a comment like this to an innocent 21-year-old?! Well, apparently it had an affect on Holly, because she wound up spending that night at the mansion with Hef.

“I want to scream ‘PAUSE!’ and freeze-frame that moment of my life,” Holly admits in the book. “I want to grab that young girl, shake her back into reality and scream, ‘What the hell are you thinking?'” Even though life with Hef gave her a career, and eventually the reality show Girls Next Door, Holly is clearly having some regrets about her past.

But while Holly’s revelation about Hugh is pretty shocking, it’s not new news that she had a tough time during her years in the mansion. Us Weekly published a release about the book in March from publisher HarperCollins, which confirmed how difficult life had been for the former reality star.

“Life inside the notorious Mansion wasn’t a dream at all and quickly became her nightmare,” the release read. “After losing her identity, her sense of self-worth and her hope for the future, Holly found herself sitting alone in a bathtub contemplating suicide.”

Wow, pretty intense, right? Luckily, these days, Holly seems to have really moved on. She welcomed her daughter, Rainbow, in March 2015, and married the baby’s father, Pasquale Rotella that September in Disneyland. So sweet!

HollywoodLifers, tell us: Are you shocked to hear about what went down during Holly and Hugh’s first meeting?!