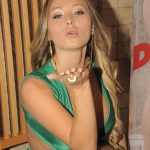 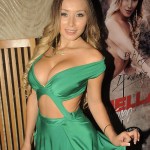 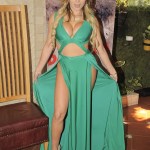 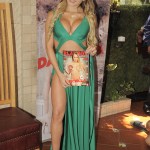 And the plot thickens! Five months after Cristiano Ronaldo and supermodel Irina Shayk ended their five-year relationship amid rumors he cheated, ‘Playboy’ star Danielle Chavez has come forward, claiming she had sex with the soccer star before the split. Find out all the details.

Playboy bunny Daniella Chavez, 29, claims she had sex with Cristiano Ronaldo before he broke up with supermodel Irina Shayk. In a new interview, Daniella alleges she got together with the soccer star in November 2014, two months before his split from Irina. Cristiano and Irina actually ended their five-year relationship amid rumors he cheated, so Daniella’s claim doesn’t seem so far-fetched. Find out what else she had to say!

Danielle, who told Mexican newspaper Reforma, that she just wanted to “fulfill a dream” by sleeping with Cristiano, 30, said, “I met Cristiano in November 2014, in the United States. We had already talked by email and Skype; I had to travel for work, and he told me to go for a couple of days.”

“Cristiano was very shy at first, but when he built up his confidence was quite a man, though still a bit fearful. He loved me, but the idea was not to show it. I just wanted to fulfill a dream and have sex with him. I love his body. [Cristiano liked] my face, my breasts and the fact that he had never slept with a Playmate,” she added.

Irina, who has since started dating Bradley Cooper, and Cristiano’s relationship abruptly ended in January 2015. The Sun claimed that the soccer star had cheated “dozens of time,” with Daniella, who was named Playboy Mexico’s Christmas playgirl of the month last year, claiming to be one of those women, according to Daily Mail. Irina even alluded to the rumors during a recent interview with Hola. When asked if she likes being in a relationship, the 29-year-old said: “Of course I prefer to be with someone, but with the right someone. It’s very simple. You have to be faithful to your other half and not have secrets. That’s my rule.”

In March, there were rumors that a relationship was brewing between Cristiano and Daniella, according to Daily Mail, but now that she’s gone public with this information, we doubt the soccer star will be very happy. To get a better feel for Daniella, click through our gallery of photos above (warning: they’re pretty racy)!

What do YOU think, HollywoodLifers? Do you believe Daniella Chavez’s story? Vote in our poll and tell us how you feel!