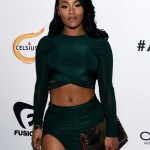 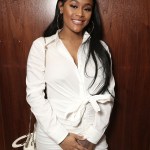 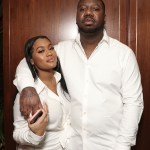 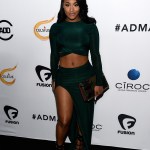 Justin is newly 21 and taking full advantage of it! The Biebs partied with a ton of women at a Miami nightclub, including Drake’s super hot reported ex, Lira Galore. Check out the party pics here!

Justin Bieber is the life of the party now that he’s 21! Not only did he live it up during the Caribbean celebration for his birthday on March 1, but he continued the fun while partying in Miami Beach on March 7. The sexy singer was surrounded by a ton of women, and was spotted getting close with Drake‘s reported ex, Lira Galore, 21. HollywoodLife.com has EXCLUSIVE details about how Justin feels about turning 21 and living it up legally!

Justin Bieber Parties With Lira Galore At A Miami Nightclub

Justin’s 21st birthday festivities continue! The “Baby” singer spoiled all of the women he was with at Ivy Nightclub’s Varsity Friday, including Lira, TMZ reports! He reportedly dropped $3,600 on a variety of drinks. Whoa! Is Justin already taking his partying to the extreme?

“While he’s not going to make a habit of partying every night, he is enjoying being able to finally drink alcohol in public without having to worry about being underage,” an insider tells HollywoodLife.com EXCLUSIVELY.

We wonder how Drake would feel about Justin and Lira getting close. The rapper reportedly courted Lira away from Houston Rockets star Pat Beverley in 2014. The former stripper-turned-model is a lot closer in age to Justin than she is to Drake, 27, but we know Justin and Drake go way back as he’s been one of Justin’s mentors and collaborators!

Drake has to know that Justin is a huge ladies man. Really, is it just us, or does it seem like Justin is with a new woman everyday? Between Lira, Hailey Baldwin, 18, and Yovanna Ventura, 19, he has all the girls lining up!

HollywoodLife.com has reached out to Justin’s rep for comment.

Before his Miami Beach festivities, Justin had an incredibly posh Caribbean celebration, with more gorgeous girls showering him with attention, including Hailey and Yovanna.

Justin posted a pic of him playing cards around a table, and while he sat close to Hailey, HollywoodLife.com learned that he couldn’t stop flirting with his ex-fling Yovanna all night, and that Hailey left because of that.

What do YOU think, HollywoodLifers? Do you think Justin and Lira are hooking up? Sound off below!