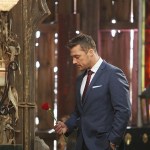 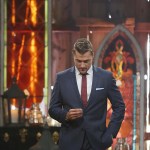 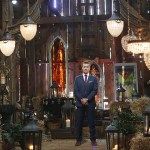 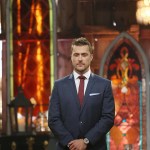 ‘Women Tell All’ was full of a lot of fighting among ladies, but when Chris took the hot seat, he barely answered any questions — and Jade agrees.

During the explosive episode of The Bachelor: Women Tell All on March 2, all the ladies had the chance to approach Chris Soules. One who was dying for answers was Jade Roper, who he eliminated after hometown dates then took to his blog to write he was “disturbed” by her secret past. She wanted to know why — and she deserved it!

‘The Bachelor’: Jade & Chris Fight On ‘Women Tell All’

Before Chris Soules came on stage, Jade revealed to the other Chris [Harrison], that she was actually really hurt watching the episode back that she was sent home. It was right after hometown dates, when her brothers told Chris she was a “wild mustang,” and she broke the news to Chris about her Playboy past.

She revealed that she was extremely hurt after reading in his PEOPLE blog that he was “disturbed” by her family date, and after leaving Jade’s place, he told the cameras he felt “awkward” looking at her naked pics — after telling her he was fine. It made her question whether or not he really did send her home because of her pictures. Here’s his exact quote from the blog.

I was intrigued by what her family was saying, but almost disturbed by the fact that the Jade I knew was so different from what they were describing. I was also a bit disturbed by her brother Zach’s concern about Jade’s willingness to move back to a small town.

Chris Tries & Fails At An Explanation

So, what did The Bachelor have to say? Well, not much. He said he should have used “caught off guard” instead of “disturbed.” Well, news flash Chris, there’s this thing called proofreading that you do on a blog. It’s not like live TV, where you can’t rewrite it.

As for the word “awkward,” he again said it was probably a poor word choice. Well, it was awkward, we get it — but in Jade’s mind, she wanted him to be honest in the original moment, not act fine then backtrack.

Jade also agreed. A fan tweeted at her during the episode:

So, what did you guys think? Did she deserve more? And should she be the next Bachelorette? Let us know!