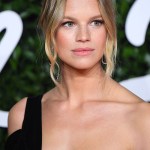 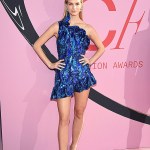 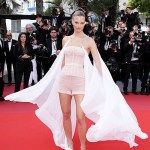 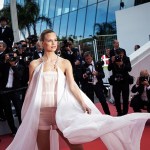 Harry Styles and Victoria’s Secret Angel Nadine Leopold had the sweetest date ever! HollywoodLife.com has the EXCLUSIVE details on how these two cuties ‘spoon fed’ each other and more during their L.A. date on Jan. 22.

Harry Styles, 20, and Nadine Leopold, 21, are so hot together that they needed to cool off during an adorable date at the Go Greek frozen yogurt bar in Beverly Hills on Jan. 22. As HollywoodLife.com have EXCLUSIVELY learned, the One Direction frontman and the leggy model even licked each other’s ice cream orders, as they spoon fed each other. So sweet!

Nadine Leopold & Harry Styles Relationship: They ‘Spoon Feed’ Each Other On Date

“Harry and Nadine came in together and tried a couple of samples before making their order. Harry had a medium sized frozen yogurt with strawberries and bananas and his friend had the same, but with pineapple and toasted coconut on top. He gave her a bite of his with his spoon and she did the same to him. They seemed cute together. Flirty, like a couple,” an eyewitness at Go Greek Yogurt in Beverly Hills tells HollywoodLife.com EXCLUSIVELY.

It looks like this date was so perfect that nothing could top it — not even a cherry.

In true Harry Styles fashion, the 1D singer looked super stylish on his indulgent date with the blonde bombshell.

Meanwhile, Nadine showed off her never-ending legs in a chill getup. She sported a long sleeve gray top, black jeans and boots.

Both Harry and Nadine appeared completely at ease during their low-key day date and that’s to be expected since they seem to be getting in a lot of face time and it’s not just over frozen yogurt.
“Harry has been getting more serious with Nadine,” a source previously told Us Weekly. They’re “spending lots of time together.”
HollywoodLifers: do you think it’s cute that these two spoon fed each other!? Let us know!