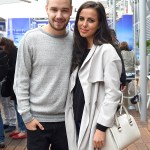 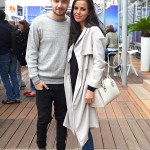 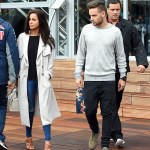 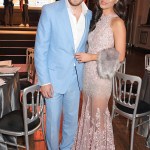 Could Liam Payne be off the market, officially? The One Direction singer was spotted leaving Tiffany & Co. in New York City on Dec. 19 with a small blue bag in hand. Could he have purchased an engagement ring? See the pic!

Take a deep breath, Directioners! Liam Payne and his longtime girlfriend, Sophia Smith, were pictured leaving Tiffany & Co. jewelry store in New York City on Dec. 19. And the One Direction singer, 21, had a little blue bag in hand. Perhaps Sophia, 26, is getting an engagement ring for Christmas.

The photo was first posted by a One Direction fan account on Twitter. Immediately after the picture was uploaded, fans began freaking out!

@1DUpdatesOnline Sophia gets to travel the world with Liam AND get Tiffany’s. She’s living the fanfic life.

“@1DUpdatesOnline: Liam and Sophia in NY just now #2 pic.twitter.com/zqWyA0QSIa”he bought her a gift from tiffanys GOALS!!

One Direction Members Getting Married

We think it’d be a great idea for Liam to propose to Sophia, who was also his childhood crush, over the holidays! After all, Zayn Malik is also getting married soon. They could help each other plans their weddings!

However, we do understand that a Liam engagement would upset a number of fans. But at least the singer is happy. Good for him!

What do YOU think, HollywoodLifers? Are Liam and Sophia engaged? Would you like to see them get married soon? Tell us how you feel!