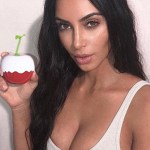 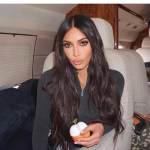 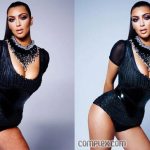 Photoshop is a nifty tool, but sometimes celebs make shocking mistakes. Check out our gallery of the craziest Photoshop fails!

When celebs upload pictures of themselves, sometimes we notice something’s a little off. Many celebs, including Nicki Minaj, Beyonce and more have allegedly taken to Photoshop, and the results are not what they (or we) ever expected.

Listen, we were all obsessed with Nicki’s “Anaconda” cover. She completely shocked us by baring her butt for everyone to see.

However, the photo may have been altered to make her derrière even sexier! A before-and-after photo was released by MediaTakeOut and claimed that Nicki’s cover had been Photoshopped!

The reported original photo looked much more natural than the photo used on the cover. But hey, we love them both!

Needless to say, fans completely freaked out over the allegedly altered cover.

But Nicki isn’t the only celebrity who has failed at Photoshop. On a number of occasions, Queen Bey has allegedly Photoshopped her thighs and waist to make them appear smaller.

Even Kim Kardashian has been accused of Photoshopping! The reality star allegedly altered her selfie so that her famous curves were more voluptuous. Oh, Kim!

And then there’s poor Prince William. The heir to the British throne doesn’t have the best head of hair as of late, and the August 2014 cover issue featuring his little royal family appears to have been Photoshopped! When comparing Prince Williams hair to the cover, it definitely looks like a little something extra has been added.

HollywoodLifers, which Photoshop fail do you think is the most insane? Let us know!