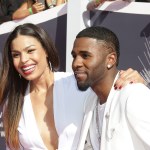 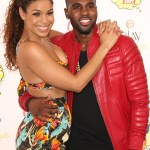 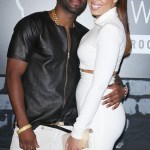 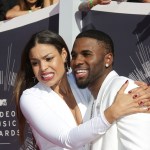 Jordin Sparks is so strong! The ‘American Idol’ alum went on ‘The Wendy Williams Show’ on Oct, 1, to promote her new movie, ‘Left Behind’ and to discuss her recent breakup with boyfriend of three years, Jason Derulo.

Jordin Sparks is setting the record straight! The 24-year-old appeared on the Oct. 1, episode of The Wendy Williams Show where she discussed the cheating allegations surrounding her breakup with Jason Derulo, 25, and announced that she is “excited” to start dating again!

In the video Jordin does acknowledge that Jason is, ” a great guy,” but when Wendy directly asked her about the cheating rumors, she said, “I actually don’t wanna comment on that.”

She also revealed that the pair were in fact living in her L.A home together, but Jason has since left and that this is her first time living along. She has been busy,”discovering my neighborhood…finding new places to eat [and] meeting new people…It’s been really good.”

Wendy gave some advice to the young star. “In my opiniom, marriage is not for a 24-year-old young lady in this day and age—I mean not now,” she revealed. “This gives you a chance to get to know you a little bit more. Date around. Have fun!”

Jordin seemed to agree with the host saying, “I’m excited!”

E! News reports that on Oct. 1, Jason gave an interview with Power 105.1 FM where he denies cheating on Jordin. “Nah, man there was none of that. I mean, we had our problems in our relationship, you know what I’m saying? Every relationship has their ups and downs and you know, when you start having more downs than ups, you know, you gotta take a look at your relationship and be like, you know, ‘Is this something that I’m supposed to be doing…?'”

HollywoodLife.com recently sat down with Jordin where she told us exclusively that she is working on new music that is expected to be released by the end of this year!

The singer said, “The crazy thing is…I’ve actually been working on it for months, but I didn’t want to say ‘music is coming,’ and then have this extended period of time where it didn’t come,” she said. “I’ve literally been in the studio for months and now, at this point, we’re in the homestretch. Our plan is to have music out by the end of this year. It’s coming soon.”

She also revealed the inspiration behind her new album. “The inspiration was definitely just the stuff that I went through with my label and my personal life and my personal growth dealing with loss in the family, dealing with all types of things, and also just additions — my mom just got married, my brother had a baby, he got married — just huge milestones have been happening so I’ve been really inspired by all of that.”

What do YOU think, HollywoodLifers? Do you think Jordin and Jason will get back together? Let us know your thoughts below!