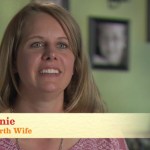 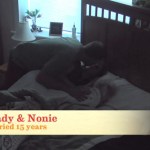 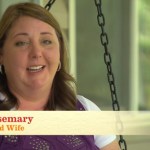 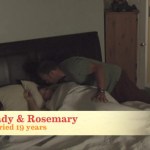 Why oh why do supposedly modern women get conned into sharing their husband with several other wives? There’s no compelling reason why Brady Williams’ five wives have given up the love of a monogomous soulmate in TLC’s new show, ‘My Five Wives.’ Here’s the deal.

My Five Wives star, Brady Williams, claims that going public about his polygamous lifestyle with five wives is “liberating,” and yeah, maybe sex with five wives is better than one. But marriage for his attractive harem seems anything but fun and freeing.

In TLC’s new show My Five Wives, we meet construction company owner Brady Williams and his five wives and 24 — yes, 24 — children. Brady, who was born a Mormon and converted to a polygamist sect — the Apostolic United Brethren — as a teen, found five women, who all grew up in polygamist families, to join his group marriage.

The Williams family has solved their complicated arrangement by sharing two huge houses divided into five separate living spaces, in a family compound in a suburb of Salt Lake City.

Like the Browns, the Williamses have a rotating bed schedule and there’s no three-way, four-way or six-way hanky panky. Instead, an extremely tired-looking Brady sleeps in a different home and bed every night for five nights, and then starts the cycle again.

And each of those nights take place after a chaotic family dinner with all 24 kids and five wives, every evening.

Just imagine the cooking and cleaning up, plus trying to talk to 24 kids from toddlers to older teens, and then having to climb into bed with a wife who’s desperate for an intimate chat, affection and sex, EVERY night!

Even Brady’s brother, Jared, thinks he’s nuts, saying there’s no way he’d be a polygamist. You can easily see why when an unshaven, bleary-eyed Brady — who also attends college — shows up to work with his bro- who’s his partner.

‘My Fives Wives’ Brady Williams: ‘I Don’t Change Nights … The Wife I’m With Just Has To Deal With It’

They each confess in interviews on camera that they can’t wait for their one in five nights with Brady. “I look forward to my nights with Brady, so we can catch up,” says Nonie, in the understatement of the year, which the other four wives echo.

In fact, Robyn almost has an on-camera meltdown when Brady has to pull an all-nighter writing a paper for his philosophy class on “her” night. “I don’t change nights” when something like this happens, Brady explains. “The wife I’m with just has to deal with it.”

Robyn — wife #2 — doesn’t deal with it too well. “I already have so little time with him and now I have to go ten days instead of five,” she confesses, before collapsing on her bed in depression.

The wives, contrary to popular mythology about “sister wives,” don’t appear close at all. They don’t share a couch during weekly family meetings with Brady. Instead, they all sit far apart from each other around a kitchen table.

Brady tries to bring his harem closer together with a terrible idea — “safe talks” — in which each wife can talk honestly about their issues with each other in a “safe” way. The first attempt by Paulie to ask Nonie about a bill that had been paid in a different way than usual, results in hurt feelings and a shouting match between Nonie and Brady.

Who does Brady think he is, anyway? Dr. Phil? His amateur psychology makes you wonder how he’s managed to stay married for up to 21 years to these women, who don’t even seem to know each other, let alone like each other.

The only explanation can be that his fives wives are so lacking in self-esteem that they are willing to put up with one fifth of a life mate.

Having intimate time to talk and cuddle with your man only once every five nights doesn’t allow for much of a close relationship to develop. Brady says a lot of “I love you”s to his wives, and is filmed PDA-ing with them, unlike Kody Brown, but his relationships don’t seem to go much deeper than the surface with each.

His five wives are settling for the semblance of a “marriage.” They got the kids — each wife has between four and six — but they essentially live alone with their children and raise them alone.

It’s just like Kody Brown’s Sister Wives. They’re like single moms with a drop-in dad. But at least he makes enough money to pay the $4000 monthly grocery bill.

Why Brady himself even wants this “lifestyle” is beyond understanding. Apparently, the family has left their church and polygamy isn’t their religious belief — it’s a “lifestyle choice.”

Well, Paulie, Robyn, Rosemary, Nonie and Rhonda — choose better lifestyles for yourselves! And Brady — wouldn’t you welcome a night or forever off from your never ending “duties?”

HollywoodLifers — why do you think a woman would choose to live a polygamous lifestyle? Would you? Let me know.