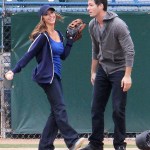 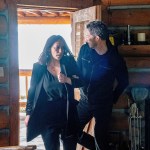 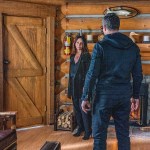 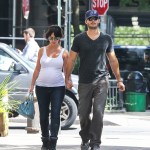 It’s been a big month for Jennifer Love Hewitt! First she announced her pregnancy, then she revealed she was engaged to her ‘Client List’ co-star! Now her official due date has been revealed — find out what it is!

Jennifer Love Hewitt, 34, revealed that she was expecting her first child with boyfriend and Client List co-star Brian Hallisay, 34, on June 4. The next day, she announced her engagement to her baby daddy, but she managed to keep her due date a secret — until now! Her television co-star Colin Egglesfield, 40, spilled the beans about Jennifer’s due date, and how her pregnancy will affect the hit show!

Baby Hewitt-Hallisay To Arrive in November

Colin opened up about how Jennifer’s pregnancy will have on filming The Client List.

“We would either go back right away and write the pregnancy into the story line – but then it would be like whose baby is it? – or we would wait,” he told Life & Style.

But waiting around might be an issue — because Colin revealed when Jennifer is due!

“I think she is due in November, and we would just wait until, I guess, the beginning of the year to go back,” he added. “A lot of questions to be answered!”

Hewitt and Hallisay: A History of Love

Brian and Jennifer met while working on a pilot for NBC in 2011. They were later both cast on Lifetime’s The Client List. According to Us Weekly, they became engaged in May while vacationing in Europe.

Jennifer announced that she was pregnant with her first child on June 4. We can’t wait to see the little guy or girl this fall!

What do you think, HollywoodLifers? Are you excited to meet Baby Hewitt-Hallisay in November?