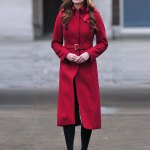 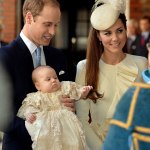 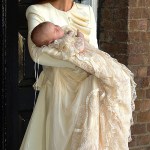 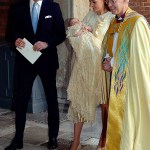 Kate, your baby shower plans prove once again that you’re not afraid to throw out tradition and celebrate your pregnancy just like every other mom-to-be! Good for you for shaking up the ultra-staid monarchy with your down-to-earth modern ways!

Kate Middleton, you have proved time and time again that you are blowing the cobwebs out of the stuffy old monarchy, and we bet that your husband Prince William just loves it! Now your new plans for a baby shower demonstrate that you’re not going to let the fact that you’ll be giving birth to the royal heir get in the way of celebrating becoming a mom. Apparently, major Royals — including Queen Elizabeth and Queen Victoria — never had something so ‘common’ as a baby shower. But both you and Prince William love being as ‘normal’ as possible, just like William’s mom, the late Princess Diana.

Kate, having your sister Pippa Middleton plan a “relaxed and fun” baby shower is exactly what you need, especially given all the misery you endured at the beginning of your pregnancy with your extreme morning sickness. It’s terrific that you are so excited about becoming a mother and that you want to share your happiness with your close friends and family.

This is the latest way that you and William are revolutionizing the royal household by not conforming to rigid, old-fashioned traditions, but instead are making all your own decisions about what you believe is best for your precious baby. You and William will reportedly be hands-on parents, unlike almost all other heirs to the throne. Apparently, William plans to be by your side at your baby’s birth — a first for a future king — and you are refusing to hire a full-time nanny. William even plans to change his baby’s diapers! Hooray.

Furthermore, you both petitioned British Parliament to change the rules of succession to the throne so that your first-born child — boy or girl — will ascend to the throne! That’s huge!

Finally, by having your baby in a hospital like Princess Diana — instead of in the palace like some royals — you are choosing what you want for your birth, instead of the kind of birth that might be expected for the wife of the future King of England.

Kate, you going to be a great mom — just like Princess Diana. Both you and William will shower your baby with love and affection, and you plan to take your child to school yourself, instead of relying on staff. Queen Elizabeth may have let her four children be raised by nannies with a “viewing” or two a day, but not you.

You have repeatedly demonstrated over the years what a normal and down-to-earth person you are by buying your own groceries, cooking, walking your dog Lupo, and wearing a “Baby on Board” sticker on your coat. You will be giving birth to one lucky baby!

So, Kate, enjoy your baby shower and have fun, and keep living your life like you are a normal person and a regular mommy- to -be, because you are positively glowing!

What do YOU think HollywoodLifers? Is Kate a revolutionary royal?