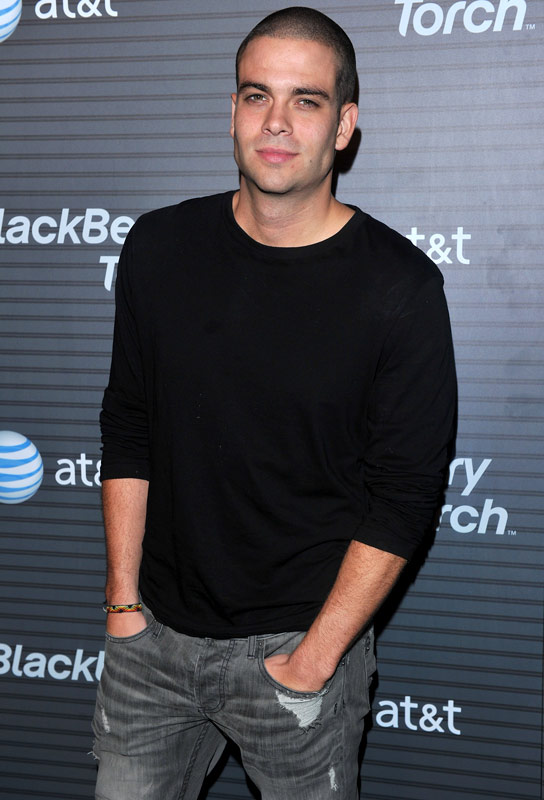 Mark Salling was conspicuously missing from Glee Oct. 12 — they shipped him off to ‘juvenile hall’ — and HollywoodLife.com has learned why he’s gone, and when he’s coming back!

McKinley High School’s bad boy Puck (played by Mark Salling), was banished to juvenile hall in the first scene of the Oct. 12 episode of Glee — and a source on the set tells HollywoodLife.com exclusively why Mark, 28, was sent away.

We’re told that Mark may have breached his contract by pursuing his own music career too aggressively. “Mark has been really focused on his own music and it’s actually gotten in the way of his Glee stuff,” our insider explains.

Mark has been very public about his rock-jazz fusion self-titled “Mark Salling” band which has released two albums, Smoke Signals in 2008 and Pipe Dreams just this month. According to our source, Glee execs are unhappy about Mark putting his music before the TV show — and were willing to axe his character to lay down the law.

Mark doesn’t appear to care. “His band means the world to him and he thinks that’s more important than the show at this point,” the source tells us.

Luckily, for all you Puck lovers out there, Mark’s not gone for good.

“Mark is gone for another episode, but he’s coming back for episode six,” a different Glee insider tells us, adding, “He’s featured a ton in that episode — it’s basically all about him.”

Whew…what a relief! As much as we love Mark’s commitment to his group, we want Puck back on our TVs every Tuesday night!