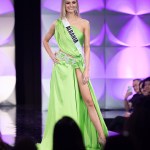 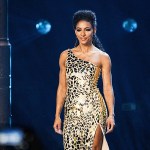 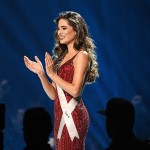 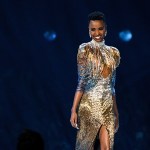 And your new Miss Universe is… Zozibini Tunzi! The stunning Miss South Africa took home the crown at the tough 2019 pageant. Here’s what you need to know about the pageant queen!

Everyone bow down to Queen Zozibini Tunzi! The 26-year-old stunner from Tsolo, South Africa was crowned Miss Universe 2019 at the December 8 pageant, narrowly beating out Miss Mexico and Miss Puerto Rico. Zozibini is obviously stunning, but there’s so much more to know about this accomplished, bright young women. Here’s five fast facts about Miss South Africa — now Miss Universe — that all fans should know:

1. She’s a passionate advocate and activist for women’s rights and equality. Zozibini’s campaign as Miss South Africa included partnering with HeForShe, a UN organization represented by celebrities like Emma Watson that encourages men to fight alongside women for gender equality. Zozibini asked that South African men to write messages of support to women, which would be printed on pieces of ribbon. Those notes made up her national costume at Miss Universe!

2. She’s close to her parents. On the day of Miss Universe 2019, Zozibini posted a loving message to her parents, Philiswa Nadapu and Lungisa Tunzi, on Instagram. She captioned a set of photos, which showed her parents hanging out with her backstage, “I am because you are. You’ve given me life, you’ve raised me to be the woman I am so that I can stand in a far away land proudly knowing where I’m rooted and where I come from. You’ve sacrificed so much and fought battles I don’t even know about, everything so that we could have all the opportunities the Universe has to offer. I am forever grateful and hope to make you proud, every single day of my life! Ndiyabulela, kwaye ndinithanda ngentliziyo yam yonke.❤️”

5. She walked in New York Fashion Week 2019. Three months before Miss Universe, Zozibini traveled to NYC, he first international trip. She walked the runway at NYFW for Maxhosa, the fashion label from South African designer Laduma Ngxokolo. She opened the show in a breathtaking, black and white gown covered in embroidery, that was inspired by the Nguni and Mbo ethnic groups. She hit the catwalk to a choral version of the South African national anthem.