We have a new Scripps National Spelling Bee champ: 14-year-old Zaila Avant-Garde! After the annual competition was cancelled last year due to the COVID-19 pandemic, Zaila emerged triumphant at the 2021 bee, making her the first Black American to take home the top prize. However, she’s not only an expert speller, but also a rising basketball star with multiple Guinness World Records to her name. Here’s 5 things to know about her.

1. Zaila was the first African American speller to win the competition.

When Zaila won the 2021 Scripps National Spelling Bee, she made history as the first African American to do so. The 14-year-old Louisiana native took home the prize after correctly spelling “Murraya,” a type of tropical Asiatic and Australian trees. “I was pretty relaxed on the subject of Murraya and pretty much any other word I got,” Zaila said, per ESPN after her July 8 win. MacNolia Cox became the first Black finalist at the bee when they competed in 1936, but wasn’t allowed to stay in the same hotel as the rest of the spellers. This year, 209 spellers, between the ages of 9 and 15, competed from five countries: the US, the Bahamas, Canada, Ghana and Japan. However, only the top 11 competed in-person at the final round, held in Florida. 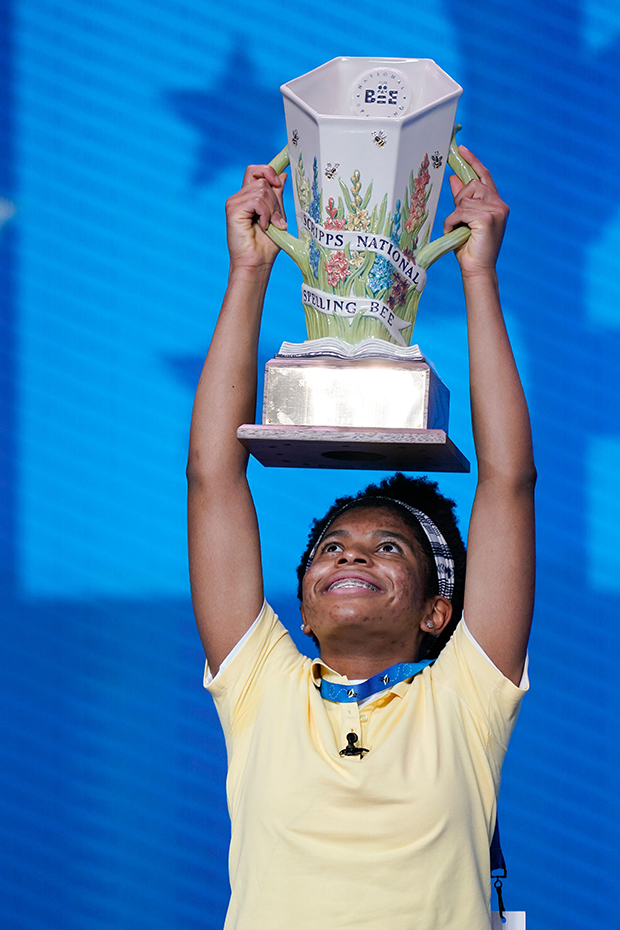 2. She also has a Guinness World Record.

3. Zaila hopes to play in the WNBA.

In a video shared to the Guinness World Records Twitter page, Zaila said she started dribbling when she was just five years old, and has ambitions to play professionally in the WNBA. “I think the more that the achievements and triumphs of women are promoted and publicized, the more likely it is that other girls all around the world will see that they can do any and everything that they put their minds to,” Zaila said in the clip. 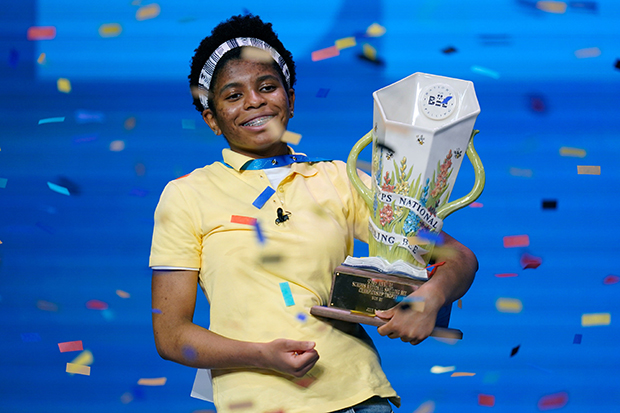 4. She was coached by a previous spelling champ.

Zaila’s family enlisted the help of Yale student, and former spelling bee competitor Cole Shafer-Ray, 20. “Usually to be as good as Zaila, you have to be well-connected in the spelling community. You have to have been doing it for many years,” Shafer-Ray told ESPN. “It was like a mystery, like, ‘Is this person even real?'” He added, “She really just had a much different approach than any speller I’ve ever seen. She basically knew the definition of every word that we did, like pretty much verbatim. She knew, not just the word but the story behind the word, why every letter had to be that letter and couldn’t be anything else.”

Her father first noticed she had an affinity for spelling when she was 10 years old. He asked her to spell the winning words from every year, dating back to 1999, and she did so almost perfectly. “He was a bit surprised by that,” Zaila said in an interview before the finals. She’s certainly come a long way!