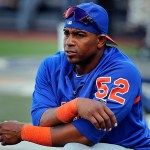 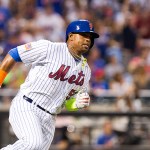 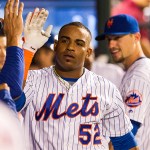 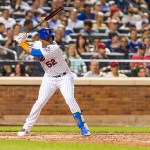 The NY Mets said earlier that player Yoenis Céspedes ‘has not reported’ to the ballpark in Atlanta — but later confirmed the star had decided to ‘opt-out’ of the season.

UPDATE (8/2/2020 @ 7:40 p.m. ET): New York Mets GM Brodie Van Wagenen has confirmed that Yoenis is safe, but decided to opt-out of the season due to COVID-19. “Fire and foremost, I’m glad to say that [Yoenis Céspedes] is healthy and safe. We learned during the game today that he’s decided to opt out of the rest of the season for COVID- related reasons,” Brodie said in a video announcement shared to the NY Mets official Twitter page. “When we showed up to the ball park, this morning, he was not here — he wasn’t on on-site — and we weren’t sure why. We were able to send a security team to the hotel this morning and ultimately learned later that he was healthy, and not in any danger, and made the decision to opt-out of the season,” he also said.

.@GMBVW addresses the media to discuss Yoenis Céspedes’ decision to opt out of the 2020 season.

NY Mets star Yoenis Céspedes, 34, didn’t show up for a scheduled game against the Atlanta Braves on Sunday, Aug. 1. “As of game time, Yoenis Céspedes has not reported to the ballpark today. He did not reach out to management with any explanation for his absence,” a statement issued from the team to TMZ read.  “Our attempts to contact him have been unsuccessful,” the team also confirmed. Yoenis was present for a game against the Braves on Saturday, Aug. 1. Learn more about the MLB star who fans fear has gone missing.

1. He was born in Cuba. Yoenis entered the world on October 18, 1985 in the town of Campechuela, Cuba. Since joining the MLB he has gone on to become a celebrated star, with Baseball Prospectus dubbing him “arguably the best all-around player to come out of Cuba in a generation.”

2. His parents played baseball. His mother Estela Milanés competed in the 2000 Summer Olympics for Cuba as a softball pitcher, while his dad Cresencio Céspedes was a catcher in a Cuban league — so baseball was in his blood! He often posts about his mother, and took to social media to pay tribute on Mother’s Day. “Happy Mothers Day @Milanes52! I cannot thank you enough for all you’ve given me. I wouldn’t be the person I am today without you!” he wrote.

3. He joined the MLB in 2012. Yoenis got his start in baseball in the Cuban Winter League. He left Cuba for the Dominican Republic in 2011, where he met a sports agent who helped him establish residency in the United States. With his extraordinary talent, he skipped the MLB draft process to become a free agent, quickly signing a $36 million contract with the Oakland Athletics for four years. He was traded to the Boston Red Sox and Detroit Tigers, before landing with the NY Mets in 2015 on a on a $75 million contract, then later a $110 million deal.

Feliz día de las madres @Milanes52, Nunca podré agradecerte lo suficiente por todo lo que me has dado. No sería la persona que soy hoy sin ti. Happy Mothers Day @Milanes52! I cannot thank you enough for all you've given me. I wouldn't be the person I am today without you!

4. He’s an avid horseback rider. Outside of baseball, Yoenis keeps fit with a number of activities — including riding horses! “Algo de lo que hago en mi días libres,” he wrote in Spanish on a 2017 photo of him on a horse, translating to, “Something I do on my day off.” 5.

5. He’s a dad. Yoenis is father to 11-year-old son Yoenis Céspedes, Jr. who remains in Cuba and is only able to speak to on the phone. The Mets star has previously opened up about the difficulties, and his plans to bring his son to the United States. “This year I’m gonna try to do even the impossible to try to bring him…He’s a very happy, hyper boy. He’s always got a ball or a bat or he’s moving around doing something,” he said to the New York Post back in 2015. “I haven’t seen him in four years. It’s a little difficult because I can only speak to him via phone, I can’t ever see him on a camera or anything. And he’s kind of at that age where his mom kind of had to remind him to talk on the phone because he doesn’t really say much when we speak,” he also said.