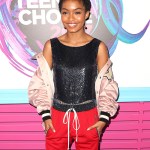 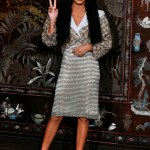 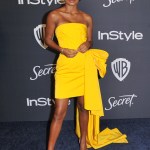 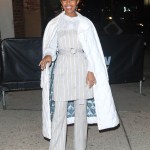 Yara Shahidi confirmed that she’ll be playing Tinker Bell in the live-action film ‘Peter Pan and Wendy,’ but this is far from her first big role! Learn more about the talented actress.

Yara Shahidi will play Tinker Bell on the big screen soon! The actress is starring as the Disney fairy in the live-action film Peter Pan and Wendy, which will be directed by David Lowery, which our sister publication Deadline reported on Sept. 25. Yara confirmed the exciting news herself in an Instagram post, writing, “lettssssgooooo” along with fairy emojis and a #Tinkerbell hashtag.

Yara’s casting is especially exciting, since this will be the first time a person of color will play Tinker Bell — a role that white actresses have usually played or voiced in the past. Yara will star alongside Jude Law (as Captain Hook), Ever Anderson (as Wendy) and Alexander Molony (as Peter) in the film taking place on the fictional Neverland Island! Now, learn more about Yara as she adds yet another impressive gig to her acting resume:

1.) Yara Shahidi is an American actress who was born in Minneapolis, Minnesota in 2000 to her parents, Keri and Afshin Shahidi. When Yara was four years old the family moved to California for her father, who is a photographer. Between her parents, Yara is made of African-American, Chocktaw, and Iranian-American descent. Yara got her start in acting two years after moving to California by appearing in a number of television commercials. It wasn’t until 2009 that Yara got her big break alongside Eddie Murphy in the movie Imagine That.

2.) Yara has famous relatives, too. Not only is her younger brother, Sayeed Shahidi, also an actor, but the siblings have a very famous cousin: Nas! While Sayeed has appeared on shows like Uncle Buck, Black-ish and Switched at Birth, his cousin, Nas, is an internationally recognized music artist. In fact, Nas has been nominated for 13 Grammy awards over the years from 1997 to 2013. Pretty cool, huh?

3.) ‘Black-ish’ was only the beginning for Yara. Although being on the hilarious family comedy made Yara a household name, she got her own spinoff on ABC’s sister network, Freeform, with a show called Grown-ish. The show follows Yara’s character, Zoey Johnson, as she embarks on her very first year of college — without her parents. Yara has even starred on the big screen, and co-starred alongside Charles Melton in The Sun Is Also a Star.

4.) Yara is a Harvard University student. The actress revealed in June 2017 that she had been accepted to Harvard University, where she went on to join none other than Malia Obama as a freshman in 2018. Malia’s mom — yes, Michelle Obama — even wrote Yara’s recommendation letter, according to Elle.

5.) She once played Olivia Pope on ‘Scandal’! Yes, really! In 2013, Yara portrayed a “young” Olivia Pope — a role that belongs to Kerry Washington — on ABC’s Scandal. Yara appeared in not one, but two episodes, which gives her major bragging rights. Over the years, Yara has also made appearances on shows like Entourage, Family Guy, The Fosters and more.