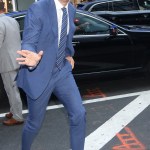 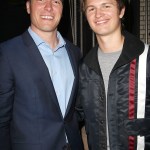 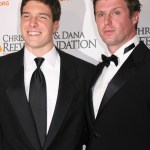 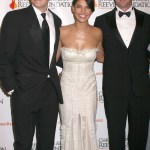 Well, we know that Will Reeve doesn’t wear pants while appearing on camera from home! But here’s what else you should know about the talented reporter, who happens to be the son of actor Christopher Reeve.

ABC reporter Will Reeve, 27, accidentally went viral on April 28 when he unwittingly revealed on Good Morning America that he wasn’t wearing pants. Like many people working from home during the coronavirus pandemic, Will was keeping things casual and chilling in his boxers. Unfortunately, he miscalculated just how much of his body would show from his webcam, showing millions of viewers that he was all business on top, party on the bottom. As Will deals with his newfound internet fame, learn more about the talented reporter, his personal life, and his career:

1. He’s the son of famed actor Christopher Reeve. Once Superman, Christopher Reeve was paralyzed from the neck down in 1995 after a tragic horse riding accident, and required a respirator to breathe for the rest of his life. He sadly died of cardiac arrest in 2004, at the age of 52, when Will was just 11 years old. Will experienced another unimaginable loss two years later, when his mother, Dana Reeve, passed away from lung cancer. He was raised by family friends in Westchester, New York, after his parents’ passings.

2. He’s a philanthropist. Will serves on the board of directors at the Christopher & Dana Reeve Foundation, which his parents started in 1982. The charity advocates for a better quality of living for those suffering from paralysis and spinal cord injury. “My parents were—and remain—my heroes and role models, so joining the Reeve Foundation board was a natural fit, considering much of my time with my parents was defined by my dad’s life with a spinal cord injury with my mom as his primary caregiver,” he said in a 2019 interview with Quest. My involvement was never something I really thought about; it was just something that existed from the time I was a young child, and progressed organically.”

When WFH goes wrong (or, your self-framed live shot goes too wide).
Hope everyone got a much needed laugh 😂 pic.twitter.com/GbyLBhL7Be

3. He started his journalism career as a sports reporter. Will joined ESPN’s SportsCenter as a correspondent in 2015. Along with comedian Reese Waters and social media correspondent Sarina Morales, Will was hired to deliver special reports from the field, rather than behind a desk. “Hopefully [my parents] would get a kick out it,” Will told The Wrap at the time. “The things I am interested in and passionate about are similar to what they were. My parents definitely define who I am. My dad and I had a huge bond and shared a love of sports. I hope they would be proud and say, ‘Great job,’ no matter what. Then my dad would probably tell me to straighten my tie!”

4. He has several acting credits to his name. Will has also dabbled in acting. His credits include the TV movies Into The Gloaming and The Brooke Ellison Story, both directed by his father. He also voiced a character in the animated comedy Everyone’s Hero.

5. He quickly explained away the whole “no pants” thing after GMA. Will was a good sport about the broadcast! He joked on Twitter, “When WFH goes wrong (or, your self-framed live shot goes too wide). Hope everyone got a much needed laugh.” He included a lengthier explanation, writing that he was trying to be “efficient” and sneak in a workout before going on air. He’s definitely rethinking his routine now.